Michael Viney: Despite the threat of disease, Ireland’s living elms can still surprise 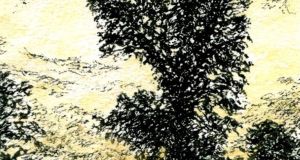 The trees of my youth were urban and majestic. They loomed over parks and pavements and grand civic spaces. Hurrying about, one was aware of dark trunks, notched and scarred, with huge and heavy boughs overhead.

In Brighton, my hometown, elms lined the main roads into the centre. They encircled the lawns of the Royal Pavilion, exotic summer residence of George IV.

The city of Brighton and Hove still has some 17,000 elm trees of many breeds, including the two oldest and largest of the surviving English elms. It holds, indeed, the National Elm Collection – this after the ravages of Dutch elm disease and a hurricane, in 1987, that left the green spine of the borough a heartbreaking tangle of trunks.

The chalky soil and salty winds of Brighton made elms the choice of Victorian planners. The chalk downs rising behind the town formed a natural cordon sanitaire against the invasion of the fungus-bearing beetle Scolytus scolytus. Even last summer, however, yet another of the Royal Pavilion’s elms, which was some 12m tall, fell victim to Dutch elm disease.

A favourite tree on the Pavilion lawn has quite an exceptional shape: a great low umbrella of boughs and leaves. One of the finest such specimens left in the UK, this is a weeping wych elm, Ulmus glabra “Horizontalis”.

Without such fancy cultivation, the wych elm is Ireland’s only native elm species, its Irish name (leamhán sléibhe) suggesting a liking for wilder ground. It is common across the island, and the spread of elm disease from the 1970s left gaunt silhouettes in many hedgerows.

In the UN’s International Year of Plant Health, how have Ireland’s elms recovered from Dutch elm disease?

English elms, and many others of unknown European provenance and hybridisation, were planted in their thousands in Ireland in the late 18th and 19th centuries. They were usually planted from suckers, as clones, and without genetic variation they had little resistance to fungal infection.

The fungus-bearing elm beetles are attracted to trees higher than 1.5m, with well-developed bark in which to lay their eggs. So even after trees have “died”, the postmortem suckers of English elms have still grown up from the roots.

Helped by an appeal to readers in this column in 2006, Teagasc researchers found healthy elms still growing here, mostly in coastal counties and some even on the seashore in counties Antrim and Cork. Many were clearly the native wych elm but others were uncertain hybrids. Almost 200 trees yielded hundreds of cuttings for trial propagation at Kinsealy.

Unlike the genetic programme for breeding disease-resistant ash trees, there is no official project to support research for the elm. But Teagasc’s Dr Miguel Nemesio-Gorriz continues to pursue the agency’s hopes of fostering resistant trees with heritable genes (see teagasc.ie).

Candidate elms for propagation have to be older than 40 years or be thicker than 45cm, and to stand as completely healthy among neighbouring elms that are sickly or dead. Only one in 10 million elms is naturally disease-resistant, and these few belong mainly to the narrow-leaved Ulmus minor, a field elm of southern Europe, or to its hybrids with resistant Asiatic species.

Ireland’s wych elm is an “orphan” species genetically, but as a seed-producing tree its conservation takes on special purpose.

In the past year, Dr Nemesio-Gorriz has visited 10 more candidate Irish elms and taken twigs from which to propagate cuttings. In four years they will be mature enough to test resistance to Dutch elm disease by inoculation with several strains of the pathogen.

Identified as those of the European white elm, Ulmus laevis, hitherto unknown in Ireland, the seeds were grown by Coillte into 15,000 saplings. These were sold to the public or donated to schools, and Dr Douglas knows of some that are still “growing well”.

A notably fast-growing, stately tree, most at home in central and eastern Europe, Ulmus laevis might not warrant a forest. “The tree is of low economic value,” says Euforgen, a European forest genetic agency, “and unlike other European elms, the timber is not appreciated.”

There are other kinds of value. Donegal County Council, for example, cherishes half-a-dozen “heritage” wych elms as a genetic resource for local woodland. And in Heritage Trees of Ireland (2013), a beautiful book for the Tree Council of Ireland, Aubrey Fennell pictures two lofty hybrid elms at Donegal town. One of them, almost 5m in girth, is the largest known surviving elm in Ireland. Fennell urged a visit “before they inevitably succumb to disease”.