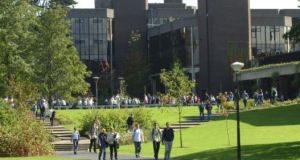 The allegations broadly relate to the treatment of staff or former employees who raised concerns over irregular expenses claims and made complaints over bullying.

Two staff members who raised concerns about expenses claims at UL remain suspended on full pay for the past two years.

While the university has previously rejected calls for an independent inquiry into more than a dozen allegations of misconduct at the college, the college’s new president has quickly reversed its positions.

Dr Des Fitzgerald, who took over as president this week, is understood to have contacted the secretary general of the Department of Education on Tuesday to say an independent review of the allegations was warranted.

Controversy over the university’s handling of misconduct allegations first surfaced when three people who had worked in its finance department raised concerns over irregular expenses claims.

Among the claims were that certain senior staff received mileage payments for journeys between their homes and the university, along with expenses claims for irregular items, including the delivery of a fitted kitchen for one relocating staff member, having been approved.

There have also been claims that staff members were offered thousands of euro in “hush money” to keep their concerns under wraps.

Up to now UL has said it investigated all the allegations and was satisfied it had robust processes in place to deal with any allegations made.

Dr Fitzgerald is understood to have pledged in recent days to make sweeping changes at senior levels to ensure the college has effective management and governance systems in place.

He also told the department that he hoped an independent investigation would help protect the good name of the university and allow the college to focus on developing its academic reputation.

A spokesman for UL confirmed that the new president had instigated a request to undertake a review as a “priority on his first day last Tuesday”.

He said the college would work with the Department of Education and other authorities to ensure there was a thorough process in place to address concerns raised.

Department officials are understood to be preparing details for an independent investigation which is likely to be announced in the coming days.

Sources say it is may be headed by a former director of an institute of technology.

Relations between the university and the Higher Education Authority soured in recent times after the college fought a number of attempts for it to hold an independent inquiry.

Internal correspondence obtained by The Irish Times revealed simmering tension over the handling of allegations, which the authority said had the potential to “damage the reputation of the wider higher education sector”.

In response, Mr Justice John Murray, the former chief justice who is chancellor of the university, criticised the authority and suggested it was bowing to “political pressure”.

The possibility of appointing a “visitor” to take over the running of the university is understood to have been discussed at one point, which would have been unprecedented for a third-level institution. Such an appointment can only be made by the Minister for Education.

A spokesman for Richard Bruton – who is due to visit UL today – declined to comment.