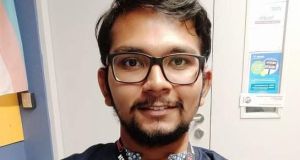 University College Dublin (UCD) has ruled out part refunds on fees following a campaign by students who believe the impact of Covid-19 on their third level experience warrants some redress.

Over 1,100 students have signed a petition regarding the “disruption” and are seeking a rebate in the order of 30 per cent.

The majority of signatories are international students, many of whom have taken bank loans to pay annual fees that can be as much as €37,000 in some cases. Typical fees for overseas students are thought to range between €18,000 and €25,000.

However, the university said it has continued its programmes remotely, completed assessments and has offered a range of supports due to the circumstances presented by the pandemic.

“No compensation or tuition fee rebates for the changes in delivery are being made,” it said in a statement on Monday.

It has also pointed out that students had the option to defer their courses and return at a later stage, and in cases where practical aspects of courses have been missed students will get an opportunity to catch up.

However, the university’s position is unlikely to dissuade those seeking compensation, a move that has the support of Students Union offiicals due to meet with management on Thursday.

It comes at a time when third level educational institutions are facing punishing financial conditions as a result of the pandemic and the likely reduction in numbers of international students. UCD has unofficially estimated it could lose between €80 million and €100 million this year.

Although partial refunds on fees would further exacerbate those financial concerns, Mr Anderson said this did not change their position.

“I do not particularly share that concern. I think that is of course the argument that the university will present [but] I think it’s a self-serving argument,” he said.

Just over 82 per cent of those who signed the petition submitted to UCD management are overseas non-EU students who pay the highest level of fees. It is split into about two thirds post-graduate students and one third undergraduate. Over half are pursuing one year courses such as masters degrees.

Before the petition was prepared, 150 students wrote individual appeals to the university to no avail, they said.

Among their concerns are a loss of access to labs and archives, changes in teaching patterns, and connectivity and time-zone problems for online classes.

Aaditya Shah (23), an Indian engineering management student who was at home when the Covid-19 crisis escalated in Ireland and unable to return, led the campaign.

Having spent €24,800 on his own course which runs until September, he said he was concerned by the potential effects for work prospects and the knock-on financial strain.

“Many of us have taken loans to pay the fees,” he said. “Repaying the loans is now a bigger burden on us. Apart from that I am in India and paying my rent in Dublin. There are many students like me.”