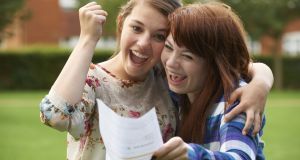 Proponents say the new system will drastically reduce the number of students who miss out on their course due to random selection, and will incentivise more students to take subjects at higher level. Photograph: iStockphoto/Getty Images

As if students didn’t have enough to contend with. Between the Leaving Cert exams and the looming CAO change-of-mind deadline, sixth years have a lot on their plate. This year there’s a new headache to consider: the CAO points system is completely changing.

Out are the A1s, B2s and C3s; in are H1s through to H8s (for higher level subjects) and O1s to O8s (for ordinary level subjects). And an E grade will no longer be an automatic fail, with students getting 37 points for grades between 30-39 per cent.

But is it really such a headache? Advocates of the new system say it has been designed to reduce the number of students who get the CAO points that they need but still miss out due to random selection. Yet for the anxious students who will be the marked under the new system it is – understandably – a little nerve-wracking.

Many students will by now have come across new CAO points calculator and the pre-2017 Leaving Certificate exam results converter which are both available on the CAO website – if not, they’re worth a quick look.

When you do get your Leaving Cert results back and calculate your points, the biggest difference that you will notice is points are no longer awarded in margins of five; instead, they increase by between eight and 11. Bonus points will still be awarded for maths.

Writing in The Irish Times last year, Clive Byrne, director of the National Association of Principals and Deputies, said that the new system has come about because of pressure from pupils, parents and teachers.

“Under the current system, the majority of grades are separated by just five per cent, equating to an additional five CAO points. This can cause heartbreak for many who fail to qualify for their course because they have missed out by those five points. The new system puts less focus on points gaps and more on individual achievement.”

The universities and institutes of technology are strongly in favour of the new points system and Maynooth University president Philip Nolan was instrumental in its creation.

Andrew Deeks, president of UCD, says that he expects the broader Leaving Cert grade bands will reduce pressure on students and allow for greater flexibility, variety and innovation in Leaving Cert assessments with a greater focus on the achievement of broader learning objectives.

Betty McLaughlin is president of the Institute of Guidance Counsellors. She points out that there will still be a points system, marked on a bell curve so that students are not penalised if a paper or particular questions are especially difficult.

“There will still be demand for courses in university and the number of applicants will still, in most courses, exceed the number of places available. This has been extensively tested and it will minimise random selection, which is to be welcomed. That said, students felt that they are the guinea pigs so hopefully they now have reassurance and the information they need. Of course, change is stressful, but this will take some of the heat out of the points race.”

McLaughlin is particularly keen on the decision to allow students to pass with 30 per cent at higher level. “The purpose of this is to encourage students to stick with higher level; a lot of students drop back to ordinary level on the day on the day of the exam or just before because they panic and are afraid of failing, when there’s no need to do so,” she says.

Not everyone is so keen on the system, however. Danny O’Hare, former president of DCU and his colleague Michael Ryan, a former professor of computing at the same university, have pointed out that, under the new system, a student who gets 59 per cent will be awarded the same points as one who gets 50 per cent.

They say that this is an injustice as it will lead to some students with relatively poorer performances securing college places ahead of those who have, in fact, fared better. They have said that the system should not be introduced as it is, but the train has long since departed the station.

For now, the best advice for students is to focus on the exams and deal with the new points system in August.

Confusion abounded when the new system was announced. Alex Fogarty, who is due to sit his Leaving Cert at Ratoath College in Co Meath next month, was one of those students who was nervous about the new system.

“In my own school, a lot of students didn’t have a clue what it was about, and initially the teachers didn’t quite know how to explain it to us,” he says.

“Once I figured out that it would mean less random selection, I came to see it as a positive. That said, they really should be making changes to the education system itself, not just the CAO system.

“We need reform in how subjects are taught, particular Irish. There should be more emphasis on projects and continuous assessment. I would love if the Leaving Cert wasn’t just based on one exam; students shouldn’t fail throughout the whole of fifth and sixth year and then pass their Leaving, or do well right through but have a bad day on the exams.”

He says that the Leaving Cert is really a memory test and that there isn’t a chance for students to show their personality, skills and flair. He suggests that the same colleges who were instrumental in changing the points system should also reform how they accept students, including looking at how they did throughout school and perhaps an interview. “This change is good,” he says. “Now, it’s time for more.”