Students in accommodation limbo as many lectures go online

With less time spent on campus, some are wondering if it’s worth paying high rents 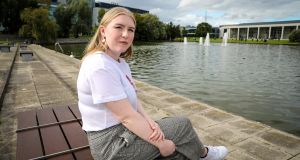 Kasia O’Connor will fly into Dublin this Sunday with a few pangs about leaving Crete – and not just because the temperature is currently a sizzling 36 degrees. A third year English, Drama and Film student at UCD, she’s been wondering all summer whether the gamble of booking accommodation in Dublin last May for the year ahead would pay off. A few days ago she learned that most of her course modules will be online. The 20-year-old, a US citizen with Irish grandparents whose family is based in Greece, booked early “to be safe” and says the outlay for the year on rent, including deposit, is €10,000. As an international student her college fees are higher – “and that’s fair enough” – but she feels €13,500 is a lot to pay if she’s going to be spending much of the year looking at a computer screen in her Dublin home. There’s also the cost of the flight, timed to ensure she has 14 days to self-isolate. “It’s not the college’s fault, but the flight would have been cheaper a week later,” she said.

She loves Dublin, but if she had known in advance that so much of the course was going to be online, “I probably would have considered doing it from Greece”.

Kasia’s classmate, Dubliner Sorcha Peters, can’t get her head around the fact that so much of their year will be spent off campus.

“If they can manage to have primary and secondary schools back safely, and we are adults, why can’t the colleges operate?”

Like a lot of students, she questions the justification for not reducing tuition fees “when we’ll be at home working online, paying for our own electricity etc”.

Most students are well aware of the challenges facing colleges as they struggle to anticipate how safety measures will play out, while seeking to provide some semblance of on-campus normality.

But with just weeks to go, thousands are waiting for timetables, and don’t know what days, if any, they will be physically present on campus. The dilemma is whether to book accommodation or to commute.

Some colleges and student representatives have been coming up with novel ways to make college life more affordable. Dublin City University has agreed with its students’ union that some students can rent campus accommodation on a nightly basis, if having so many online classes makes that more feasible.

“We are also talking to hotels in the area to see if we can agree a nightly rate for students. It’s all about choice,” said Fearghal Lynch, president of the DCU SU.

The Galway Mayo Institute of Technology has also liaised with local hotels to help solve the accommodation conundrum and has agreed nightly B&B rates for students, starting at €40.

Dr Seamus Lennon, the college’s Covid officer, explained that with hotels expecting a slowdown in the “staycation” business around now, they were happy to engage with the college.

“It’s great business for them – a whole new cohort of customers,” said Dr Lennon, who pointed out that the college is also tailoring timetables to facilitate those who might prefer practicals and lab work to be condensed into two long days, rather than spread over four short days.

He says a significant number of students will opt to stay in local hotels for a night or two each week. “A lot of students will save a lot of money by not having to rent for the year, and we expect rates in the city might drop as a result.”

Eoin Hand, president of Trinity College SU, also knows that with summer jobs scarce this year, many students are baulking at huge rental costs, especially if they are going to be tuning into lectures from their kitchen tables. “We have had queries from people as far away as Limerick, Mayo and Tipperary wondering if it will be feasible to commute, and some will,” he said.

Trinity College has undertaken to have all timetables circulated by September 14th and has also indicated that some of its 1,400 on-campus rooms are being reserved “to offer students flexibility” if they don’t need to be full-time on campus.

Conor Anderson, president of UCD SU, says the wait for information about timetables has had students on tenterhooks all summer. Last July he accused the college of “over-promising” when it predicted that 40 to 60 per cent of teaching would be delivered “face-to-face” for undergraduates, and from 75 to 100 per cent for graduates. In August the college revised these estimates, but Anderson says some students who booked accommodation in advance are now finding that 100 per cent of their courses will be online. He says the college is “toying” with students’ expectations, and is hoping that things will be clearer if all timetables are published by Monday next (September 7th).

UCD has said that it will provide as much face-to-face teaching as it safely can in the coming year while conceding that large group activities such as lectures will take place digitally.

Like most colleges, it says that it hopes to increase face-to-face engagement and social activities throughout the year, in line with Government and public health advice.

Pádraic Toomey, president of NUI Galway SU, says that it’s going to be a strange year for students – especially first-years, given the restrictions on social interaction. “I don’t know about you but I have never made a friend from two metres away,” he said, pointing out that the lifelong friendships many attribute to their college experience may be harder to come by for the students of 2020/21.

At 9.30pm last Monday emails dropped into the mailboxes of all NUIG students, detailing how much on-campus learning they can expect; for many, it’s just two or three hours a week. Details have yet to emerge about what days and times they will be on campus, and many feel aggrieved that last June the college was urging them to base themselves in Galway.

Some, of course, can’t wait to get to the city regarded as party central, as well as a cultural hotspot, by many visitors.

There is no window in my bedroom and the rent is going up, so I’m moving out

James Boylan (20), a second-year drama and classics student, can’t commute, as he is from Meath. He moved to Galway in August but has been paying rent since July because he and four friends wanted to secure a house.

Caelinn Crowley, a fourth-year NUIG civil law student from Co Clare, also felt that she had to move to Galway as there are broadband issues where she lives, and, with her mother remote working, online lectures might have been a challenge.

A member of the college concert orchestra and the Fáilte Refugees Society, she is expecting that the social aspect of college life will be restricted for a while.”But I am looking forward to it.”

Another NUIG law student, Darragh McNulty from Co Mayo, has been working in Galway for the summer and sharing a house with 14 others – 10 in an upstairs unit and five separately downstairs. “There is no window in my bedroom and the rent is going up, so I’m moving out,” he said.

An NUI Galway spokesperson said that following the issuing of information early this week on the balance of on-campus and online teaching, timetables for all courses were being finalised.

“We appreciate the delay is an added challenge for students, but timetables must be planned carefully to ensure that we make best use of our facilities and that capacity and access for teaching spaces is in line with public health guidelines.”

He said students had been encouraged to be in Galway from September “to experience the fullest student learning experience possible”.

NUI Galway said its campus residences were fully booked for the year, with a considerable waiting list, so “we do not have accommodation available for short stays”.

The Irish Universities Association, which represents DCU, NUI Maynooth, NUIG, TCD, UCC, UCD, and UL, said all colleges are advancing plans for a blended learning approach in the next academic year with as much on-campus engagement as is possible under prevailing public health guidelines, combined with remote learning.

“There will be no diminution in the standards of tuition. On that basis there will be no reduction in tuition fee levels for the coming year,” it said.