The returning teachers struggling to find work: ‘You can’t live off six, seven hours a week’

‘They only have a shortage of teachers for temporary subbing, which could be a day or two’ 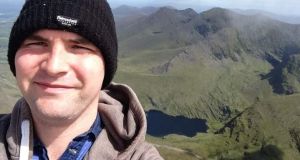 Paul McAleer: “There are probably thousands of [Irish] teachers in the Emirates alone, and a multiple of that across the Middle East”

After a summer searching for work as a teacher in Ireland, Paul McAleer (32) has for the second time emigrated to the Middle East due to the lack of full-time teaching jobs.

As part of the Government’s plan to reopen schools during the coronavirus pandemic, it announced funding for schools to hire an additional 1,000 secondary school teachers. The Teaching Council has started a campaign to encourage teachers working abroad to come home to work in Ireland.

“They do have a shortarge of teachers, but not for what I would call actual proper jobs. They have a shortage of teachers for temporary subbing, which could be a day or two, or a matter of weeks,” Mr McAleer said.

Mr McAleer, a history and geography secondary school teacher from Co Cavan, qualified in 2012. “I would say probably as bad a time in the history of the State you could qualify, the middle of a recession.”

He spent a year doing substitute work in 2013, then moved to Britain where he taught for a year. In 2015 he moved to the Middle East to teach in a school 20 minutes outside of Dubai. “I spent two good years there. That’s the most long-term, significant and stable employment I’ve had in teaching.”

In 2017 he decided to return to Ireland, now with more experience, to try to secure a full-time job in a school.

He got a job covering maternity leave in a south Dublin school, and after that was employed in Dundalk to cover a teacher on a career break.

“Which was fine for the year but it didn’t mature or flower into anything else, like a full time position, which I was pretty disappointed about,” he said.

“Last year again I went looking for jobs, and I said if I can’t get a job at this stage, [I’m] over 30, I’m going to have to look into something else.”

In many cases Mr McAleer said schools filling vacancies were only offering a handful of hours work a week.

“I probably applied this summer for 65 or 70 positions. I had a good number of interviews ... so many of them ended up being part-time hours. You just can’t live off six, seven, eight hours a week.”

With the prospect of another recession looming in the fallout of Covid-19, he decided for the second time to leave Ireland for the Middle East, and took a full-time teaching job in Abu Dhabi, moving there last week.

“When I was flying on Wednesday, my Dad, I’ve never seen him cry before, but he was sobbing, more in frustration for me,” said Mr McAleer.

He said other factors stopping teachers abroad coming home were the two-tier pay scales, and the lack of recognition of teaching experience abroad.

“I know from living here [Dubai] before there are probably thousands of [Irish] teachers in the Emirates alone, and a multiple of that across the Middle East.”