Staying healthy during the best days of your life

While some colleges are seeing increased demand for health care, students are also becoming more active 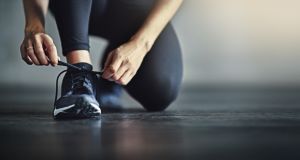 Dr Mac Donncha said it was clear to him that students are taking more of an active interest in their bodies and their health.

They say your student days are the best days of your life - but what they don’t tell you is that you may well spend the rest of your life picking up the pieces if you don’t take at least some steps to stay healthy.

That being said, there is ample evidence to suggest that students today are far more conscious of their health than they were even 10 years ago, and indeed how to take care of themselves - although the proliferation of social media has brought challenges.

There isn’t a lot of data available on student health, but the My World Survey 2, which was published in November, surveyed 8,290 young adults aged 18 to 25 and provides the most comprehensive insight we have into the habits of people in that age group.

Developed by the UCD School of Psychology and youth mental health network Jigsaw, it also builds on the findings of My World Survey 1, which was published in 2012, giving us a comparative framework within which to draw conclusions.

Young adults in the recent survey reported significantly higher levels of depression and anxiety. Alarmingly, a third reported having deliberately hurt themselves without wanting to take their own life, compared with 22 per cent in 2012.

About 8 per cent reported having made a suicide attempt, which was up slightly on 7 per cent in 2012.

Dr Michele Hill, UCC lead for student mental health and wellbeing, said the experience on the ground is that the number of students looking for counselling or support is rising each year.

“Whether that’s an indication of rising difficulties or rising awareness, or a mixture of both, is hard to say,” she said. “Students are much more vocal about things like mental health.

“There seems to be less stigma. Stigma is still a huge barrier to accessing health but at the same time, judging from the number of people who come out on social media about their mental health, there is a greater awareness.

“Anxiety and depression are on the rise in the age group. We don’t know if that’s a result of the digital age and social media, or climate change causing anxiety, or the recent recession creating financial insecurity.”

Dr Hill said UCC’s latest academic strategy advocates for the “holistic development of the individual” rather than just focusing on academia. “One of our core graduate attributes is resilience,” she said.

“There is a graduate attributes office which is responsible for coordinating what responses we have in that particular area. There are resilience programmes in development with a view to embedding them into the curriculum.”

Dr Eoin Mac Donncha, spokesman for the Irish Student Health Association (ISHA) and the medical director of the Student Health Unit at NUI Galway, said he has been working on campus for nine years, over which time demand for services has increased.

“In the nine years I’m here, there is an increase in the number of people presenting with mental health issues,” he said. “Counselling supports are an area that needs to be better resourced and expanded upon.

“There is also an element of the increased pressure at academic level. Maybe the way the economy went, there is most pressure on student to achieve certain grades and maybe qualify for postgraduate programmes.”

Union of Students in Ireland welfare officer Róisín O’Donovan agreed. “We’ve come a long way with regards to mental health,” she said. “Much more people are seeking help and talking about it, but we are getting there compared to a number of years ago.

“Unfortunately when students seek help, it isn’t always there. Students sometimes have to wait up to a week or maybe more for counselling services. About one in five students feel they don’t have anyone to talk to.

“There are some groups that have more trouble sharing their problems and getting the help they need. Eight out of 10 suicides are male, and there are also vulnerable minority groups such LGBTQ+, people with disabilities, and ethnic minorities.

“Almost 80 per cent of students want more information on how to support their friends, which shows much more students have friends coming to them looking for help. There needs to be more education and awareness around bystander intervention training.”

With regard to physical health, My World Survey 2 suggests students are becoming more active, but still lag significantly behind World health Organisation (WHO) guidelines.

In relation to alcohol consumption, 10 per cent said they never drank alcohol, which was up on 7 per cent in 2012. Some 17 per cent reported that they drink less than monthly, 29 per cent monthly, 42 per cent weekly and 2 per cent daily or almost daily.

“With regard to physical health, I think students could be a bit more active,” said Ms O’Donovan. “It comes down to time and pressure they are under with exams and part time jobs to pay expensive fees as well as their rent. It isn’t prioritised as it should be.”

“Students are more physically active,” he said. “We have been pushing a healthy agenda over the last number of years as part of the international healthy campus initiative the WHO sponsors.

“We are trying to create more awareness and provide information and opportunities to staff and students alike to make them more conscientious about their health.”

Dr Mac Donncha said it was clear to him that students are taking more of an active interest in their bodies and their health.

“There’s big demand for student healthcare,” he said. “Most student health centres are all flat out. It is getting busier. There are elements of care which indicate that students are becoming healthier.

“You can see they are taking more of an interest in physical activity and health. That is balanced a bit with body dysmorphia where students are trying to lose weight due to societal pressure around image. That’s the one thing that’s more noticeable.”

In terms of sexual health, Dr Mac Donncha said students are part of an age group that is generally sexually active and which is considered one of the high risk groups for sexually transmitted diseases.

“There’s no stigma there,” he said. “They are generally improving at coming forward, even in terms of just getting routine checks done. There is huge demand on the community based STI clinics, while services on university campuses are also struggling with demand.

“In terms of contraception, more female students are taking up long-acting reversible contraceptives, which are a far more cost effective method of contraception. There probably should be more of that.”

A new trend, according to Dr Mac Donncha, is an increased awareness of concussion and its dangers. “A lot more students are coming in with this type of injury, whether it be from sport or even after a night out where they fell and banged their head,” he said.

“It’s not that common but they will come in if they’re feeling out of it, have a bit of a headache, or the concentration isn’t right. There is definitely more awareness of it, maybe through media coverage in recent years.

“They could always live healthier lifestyles but that goes with the territory. It’s a learning process that we all make mistakes and they have to learn what is good for them and what isn’t.”

Dr Mac Donncha added that the ISHA has recently developed a free app called Student Health Matters, which is available on both Apple and Android devices.

It contains evidence based information on multiple health issues relevant to students. The sections in the app also contain links that connect students with other health supports, services, and websites that are based in Ireland.

“We are planning to formally launch the app at our annual ISHA conference in Dublin at the end of February,” he said. “But we have soft-launched it already, so it is already available for students, and the public in general, to access and download.

“Our objective in designing and launching the app is that students would have easy access to safe, reliable health information, for free and at the touch of a button on their phone.

“We hope that the information on the app can empower students to optimise their own self-care, but also help them to know when and where to seek support for health issues, should they need.”