State urged to step up aid over global education crisis 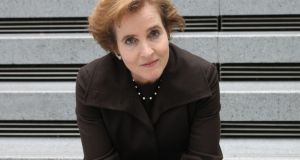 The Government has been urged to step up its commitment to education aid in developing countries as part of a global bid to prevent a crisis of millions of young people being locked out of job opportunities.

Latest research by international non-governmental organisations estimates that more than half of the upcoming generation – some 825 million young people by 2030 – will be shut out of opportunity through education.

However, aid for education has been falling in recent years even though support for other forms of development has been rising,

The Global Partnership for Education, the world’s biggest funding partner for education in developing countries, has urged donors – including Ireland – to increase their commitment to help more children receive a quality basic education.

Ms Albright said the case for increasing investment in education was indisputable, while the global consequences of failing to do so were grave.

“There are huge implications around the globe: hundreds of millions of youths not able to get jobs, significant ramifications for health and spread of disease . . . it puts a huge cap on growth; it has real implications for radicalisation and security issues; it’s a massive problem,” she told The Irish Times.

Despite this, she said funding for education in developing countries has flagged since 2010.

“People do tend to take education for granted. While in global health or nutrition, food tends to get purchased and delivered to countries . . . there’s nothing wrong with that, but education is about delivering a public service that ought to be under the auspices of the government.”

“The business model has to be about strengthening systems through the longer-term. It’s not about quick-fixes or one-off problems.”

The group is seeking pledges from donor countries and other organisations of up to $3.1 billion to help sustain and expand its work over the coming years.

Ms Albright said this level of funding would make a significant “dent” in the number who are set to be locked out of opportunities in the absence of additional funding or reform.

Mr Cannon said the Government was a strong supporter of the group and had been providing it with €4 million annually over the past four years.

“It’s my personal preference to increase our contribution,” he said. “Education cuts across every single global challenge being discussed at the UN such as gender inequality, access to food, healthcare and migration.”

He added: “It makes sense for us to continue to invest in education via Irish Aid through this stream. They know how to do it.”

The group supports more than 60 developing countries to ensure that every child receives a quality basic education, prioritising the poorest, most vulnerable and those living in fragile and conflict-affected countries.

It says it does this by raising funds from donor countries and organisations, as well as the private sector, to support nationally developed education sector plans.

To be eligible to receive funding, partner countries must pledge to spend between 15 and 20 per cent of their public expenditure on education.