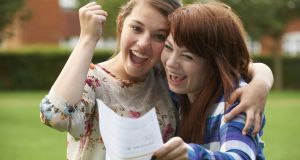 A third of students are now taking higher level maths with the vast majority of them securing bonus points. Photograph: iStock

The most significant trend evident in this year’s results is a steady increase in the numbers taking higher level papers and performing well in them. This trend is evident across a wide range of subjects, particularly in the core subjects of Irish, English and maths.

2. Boost for the smart economy

Those in Government and industry concerned about our ability to provide the booming technology sector with a supply line of suitably qualified graduates will be pleased to see increases in the numbers taking higher level applied maths (up 150 to 1,988). Technology (up 265), physics (up 325), chemistry (up 300) and biology (up 520) also saw increases in the numbers taking the higher paper. Similarly, those concerned about supplying the construction sector with a solid graduate stream will be pleased with the 11 per cent increase in the numbers of higher level students in construction studies to 7,896. Of those who sat the exam, 2.9 per cent achieved an A1.

The strength of the overall economy is reflected in the increased interest in accounting, up 10 per cent at higher level to 6,095, and in business, up 3.5 per cent to 13,805.

A total of 18,153 (33 per cent) students took the higher level paper in mathematics in 2019, and 16,846 secured the additional 25 bonus CAO points. With 421,150 additional CAO points awarded in 2019 because of the maths bonus points system, points for highly sought-after programmes, where applications remain strong, are inevitably going to increase.

An increase was also recorded in the numbers taking higher level history with 315 more taking the exam this year. This will please Minister for Education Joe McHugh who has very publicly backed the study of history in our schools. Similarly, those who are calling for the retention of geography as a core subject at junior cycle level will be pleased that a further 877 students took the subject at higher level, bringing numbers up to 19,983.

Conversely, interest in Latin and classical studies has dropped to very low levels with the numbers of higher level students this year at 54 and 440 respectively. The changing nature of Irish society is captured by the numbers taking Italian (473) which is taught in several of our schools in contrast with the numbers taking Polish (780) and Russian (458) which are generally taken by students outside school.

5. Drop in politics and LCVP

It is interesting that politics and society, which attracted 857 students in its first year in 2018, saw the numbers drop to 779 in 2019.

Another interesting aspect of this year’s results are the decreases in the numbers taking the Leaving Certificate Vocational Programme (LCVP) to 13,124. Even more worrying is the decrease in those securing a distinction in the LCVP, from 12 per cent in 2018 to 8.4 per cent this year. Given its role in familiarising students with the world of work, it is concerning to see it decreasing in interest among students, and performance at the highest level dropping significantly.

The main concern for students and parents today will be whether the 2019 Leaving Cert results tell us anything about the CAO points requirements which will be published at 2pm on Thursday.

Given the overall increase in the number of candidates this year, the rise in numbers taking higher level, the fact that a third of students are now taking higher level maths with the vast majority of them securing bonus points, it is inevitable that a large number of students will be entering the competition for places next college year with higher points than their predecessors in 2018.

If the numbers of places on offer in these programmes stay the same, the cut-off student CAO score is bound to increase. If additional places are offered or applications dip for specific programmes, then the points increase may not take place.