Schools not outlining plans for those opting out of religion, survey finds 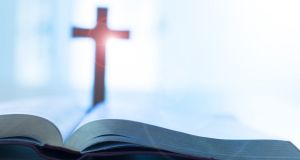 A recent OECD report shows that Irish primary schools are second only to Israel in the amount of time spent on compulsory religious instruction. Photograph: iStock

Most schools are not complying with legal requirements which require them to detail arrangements for students who do not wish to attend religious instruction, according to a new survey.

Children have a constitutional right not to attend religious instruction and the Education (Admission to Schools) Act 2018 obliges schools to detail how they will facilitate this in their admissions policies.

However, a survey of a sample of 100 school admission policies by the campaign group Atheist Ireland shows most schools are failing to comply with these legal obligations.

For example, out of 40 Catholic primary schools surveyed, it found that 30 said parents must seek a meeting with the principal to discuss the request to opt out.

Some of these schools asked parents to give reasons for wanting their children to not attend religion classes, while others said written requests by parents “will be considered on a case-by-case basis”.

Similarly, 23 out of 25 Catholic secondary schools surveyed had similar requirements.

About 90 per cent of primary schools are under Catholic ownership and spend up to 2½ hours teaching religion – or faith formation – each week.

A recent OECD report shows that Irish primary schools are second only to Israel in the amount of time spent on compulsory religious instruction.

Speaking during the enactment of the Education (Admission to Schools) Act 2018, the then minister for education Richard Bruton said the new law was aimed at “strengthening the provision to meet the constitutional right of every child not to have to attend religious instruction.

“This will be enforced by requiring it to be explicitly stated in the admissions policy of religious schools as to how they propose to honour that,” he said.

On foot of this, many ETB schools said the legal requirement to “advise of the option to opt out of religious instruction does not arise.”

This, however, is disputed by Atheist Ireland which says its legal opinion is that this is a “spurious distinction” with no legal basis.

The Atheist Ireland report states that the purpose of new legislation was to provide transparency from the outset so parents know these details before they choose a school for their children. “However, it has failed to do this,” it states.

In response to a request for comment, the Department of Education said the manner in which any school ensures that the right to opt out of religion classes is upheld “is a matter for the school concerned”.

A spokesman said each individual school must determine arrangements which are most appropriate in its individual circumstances, having regard to local issues such as available space, supervision requirements and how the school organises classes.

“The right of parents to have their child opt out of religious instruction and worship applies in all schools regardless of the denomination or ethos of the school concerned,” he added.

The department did not comment on whether it would monitor school admission policies to ensure they comply with its legislation, or if it had any plans to do so.