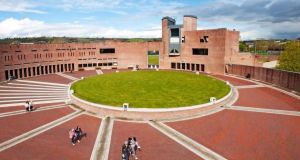 Plans for the creation of a new technological university in the Munster area have been dealt a blow after staff at Cork Institute of Technology and IT Tralee voted to reject the latest stage of merger plans.

The development comes as members of an international panel are due to visit on Wednesday to determine if both institutions meet the threshold to become a technological university.

The planned Munster Technological University, if successful, would become one of the country’s largest third level institutions with more than 18,000 learners.

Members of the Teachers’ Union of Ireland (TUI), which represents lecturing staff, voted by large majorities in Cork (83 per cent) and Tralee (75 per cent) to reject the latest stage of negotiations.

The union said there has been a lack engagement by management over issues linked to a potential merger.

The move means talks cannot begin on the next phase of negotiations until current issues are resolved.

TUI members are also due to stage a protest at both institutions during the week-long visit of the international panel, which arrives on Wednesday.

Management sources said they have been working hard to address all staff concerns over the implications of a potential merger.

In a statement, however, the two TUI branches said that while academic staff on the whole are supportive of the university bid, they are not happy at “broken promises” to deal with staff concerns.

‘Too little, too late’

“The past two weeks have seen CIT and IT Tralee management frantically trying to play catch-up to get their copy books in order before the advisory panel visit, but all efforts were, predictably, too little, too late,” the TUI branches said in a statement. “Academic staff are left without answers to clear questions.”

The development comes amid ongoing internal tension between management across the two institutions over issues such as finance and management posts.

Senior CIT sources said they have been concerned at the quality of information from IT Tralee over its mounting deficits.

CIT’s governing body was told recently that the debts were in the region of €10 million but in a worst-case scenario, this could rise to €21 million, according to sources.

The Cork institution is understood to be refusing to take on the Kerry-based institute’s debts if it merges. There is also disagreement over how many senior posts should be shared across the two institutions.

IT Tralee, which would make up about 20 per cent of the merged institution, believes a signed agreement dating from 2014 entitles it to half of senior management and academic roles if the bid is successful.