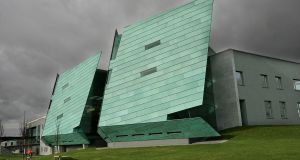 Galway-Mayo Institute of Technology (GMIT) has confirmed that its president Dr Fergal Barry has resigned.

The move follows what sources in the institute have described as disagreement within college management over appointments and other issues.

Last summer, the institute – which is hoping to become a technology university with its Sligo and Letterkenny partners – said Dr Barry was on sick leave.

It declined to comment on claims that it had received correspondence from legal representatives for Dr Barry.

In an email to staff on Tuesday, GMIT chairman Cormac MacDonncha said he had accepted Dr Barry’s resignation as president of GMIT and thanked him for his service.

He said a proposal will be presented to the GMIT’s governing body at its monthly meeting on the May 30th to confirm the procedure to select and appoint a new president. It is expected that the position will be filled before the end of the year.

Dr Michael Hannon will continue to act in a deputising capacity, while Dr Séamus Lennon has been appointed as acting registrar for the duration.

“I very much appreciate the extra effort and the patience of staff that helped to drive GMIT to some great achievements over the last number of months,” Mr MacDonncha said.

“We continue to put our students at the centre of everything that we do.”

It has been claimed locally that Dr Barry is the third GMIT president in a row to have resigned before their contract expired. This has been rejected by GMIT which has insisted that previous incumbents, Michael Carmody and Marion Coy, both retired “after having provided the institute with more than the minimum notice of their intention to retire”.

Dr Barry was appointed president of GMIT on October 1st, 2015, and was previously vice-president for research, enterprise and development at Limerick Institute of Technology (LIT).

His teams were said to have secured “significant and competitive funds, awards, grants and benefaction for student support, for staff engagement in applied research, for employment support and campus development” at LIT.

Dr Barry was also a founder of the Shannon Applied Biotechnology Centre, and established a research partnership with LIT and its counterpart in Tralee, Co Kerry.