Committee told of ‘resistance’ towards profession within Department of Education 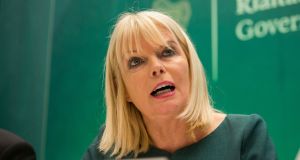 A Government Minister has expressed her disgust at “slanderous” comments made about career guidance teachers.

Mary Mitchell O’Connor, Minister of State for Higher Education, was responding to an exchange at the Oireachtas education committee last week in which it was claimed there was “massive resistance” towards the profession in the Department of Education.

At the meeting, Fianna Fáil’s education spokesman Thomas Byrne quoted senior sources in the department who he said were opposed to restoring guidance posts that were cut during the economic downturn.

Mr Byrne said: “There were certain forces work within the Department of Education which did not value guidance counselling. I was told, ‘were these the right people we need to be guiding our children?’. That’s exactly what I was told by one person within the department and I was absolutely shocked at that.”

Ms Mitchell O’Connor said she was shocked at the comments, which did not reflect her views.

“‘I abhor the slanderous comment made at at the Oireachtas committee about career guidance teachers,” she said.

“I have the height of respect for the work of career guidance teachers. The work they do in guidance and counselling students in post primary and further education colleges is most admirable.

“During my professional lifetime in education, I have found the most caring, compassionate and conscientious people in the career guidance profession.

“On a personal level and in response to the reported comment of ‘would you trust that lot to guide your children?’, my reply is, ‘with a resounding shout out of support, yes I would’.

“My experience from my own sons’ school days and countless past pupils is that guidance and career counsellors go way beyond their duty of care, and take their jobs very seriously and in often cases in loco parentis,” she said.

Ms Mitchell O’Connor addressed the national conference of the Institute of Guidance Counsellors at the weekend.

In response, the institute said it was “heartened” by Ms Mitchell O’Connor’s support.

“We appreciate the positive, affirming statements about our contribution made in the media this week by our new Minister of Education Joe McHugh, and also by Minister Mitchell O’Connor and Deputy Thomas Byrne,” sad the institute’s president, Beatrice Dooley.

“It is crucial that policy makers recognise the importance of guidance counselling services in Ireland as they provide essential support for the personal, social, educational and career development of our learners across the lifespan.”

Schools at that time were encouraged to find career guidance hours within their standard teaching allocation.

Ms Mitchell O’Connor said the move was made due to the economic crisis which was “raging throughout the world at that time”.

However, she said the Government has committed to restore as quickly as possible the resources which were removed.

“As a Government we work daily to improve the lives of all our citizens and we are very conscious that giving you the resources to carry out your work effectively benefits both your clients and students and society overall . . .

“We will further consider the guidance allocation to schools and colleges of further education as national finances permit.”