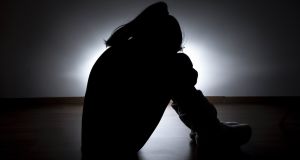 Lucy’s mother said that while Lucy has a communication device, neither she nor her family know how to use it effectively. Photograph: iStock

The Ombudsman for Children has published a highly critical report into the impact of delays of up to several years in assessing the needs of vulnerable young people.

There is a legal requirement on health authorities to assess the needs of children within six month of receiving an application.

However, latest figures show just under 10 per cent of assessments are being carried out within this time-frame.

A total of 5,533 children are currently overdue an assessment, with some waiting years for a response.

These assessments are crucial to helping vulnerable children to talk, move, learn and participate in education. These are some of the stories documented in the Ombudsman’s report:

Lucy is non-verbal and has a diagnosis of autism combined with mild learning difficulties.

She goes to a school in an autism class and communicates using a limited amount of sign language.

Her mother said that while Lucy has a communication device, neither she nor her family know how to use it effectively.

She said Lucy has poor balance and requires close supervision when going up and down stairs, as well as assistance with her self-care.

In 2015, when Lucy was six years old, she had a needs assessment.

The services statement identified a need for speech and language therapy, as well as physiotherapy, to help her build muscle tone.

It recommended that Lucy be seen by a multi-disciplinary team for intervention, as soon as possible and she was placed on a waiting list for clinical services.

In 2018, Lucy’s mother was informed by the HSE that Lucy would need to wait a further two years for clinical services.

She was told that her area did not operate a referrals prioritisation system. Lucy was also referred by her school to the HSE early intervention team, but that referral was declined because she was already waitlisted for another service.

Lucy’s mother said she believes that the absence of clinical services is having a critical, adverse impact on Lucy’s development, especially her speech.

Lucy, who is now 11 years of age, is still not receiving any of the clinical services assessed to meet her needs as a six-year-old.

Andrew has suspected autism. In March 2018, when he was 18 months old, his mother applied for a needs assessment on his behalf. The following August he was seen by an assessment officer who identified a need for occupational therapy, speech & language therapy, as well as a psychological assessment.

The HSE informed Andrew’s mother that her son would need to wait approximately one year to access a psychological assessment.

She made a complaint to the HSE over the delay and was told that her complaint would not be heard for approximately seven months.

As a result, she made a complaint to the Ombudsman for Children regarding her son’s delayed access to a psychological assessment, and the HSE’s delay in addressing her complaint.

A psychological report is a requirement for entry to an autism-specific pre-school.

Andrew’s mother informed the Ombudsman’s office that a failure to complete a psychological assessment in advance of his third birthday would impede his chances of being enrolled in the pre-school that was appropriate to his needs, which could in turn have an overall adverse effect on his long-term education.

Michael is non-verbal and has suspected autism.When he was two years old, his mother wrote to their local community health office requesting a needs assessment.

Michael was referred to the HSE’s early intervention team who referred him on to one of their voluntary providers for an autism assessment.

His mother was informed that there would be a significant delay in accessing this, but that she could make a complaint to the complaints officer about this.

After 10 months, Michael’s mother was informed that her complaint was upheld.

The complaint’s officer recommended that the HSE provide Michael with his assessment report within 10 weeks and his service statement four weeks later.

When this did not happen, Michael’s mother was informed by the complaints officer that she could go to the Circuit Court to force the HSE to implement their recommendations.

By the time she contacted the Ombudsman, Michael had been waiting 19 months for his needs assessment.

Michael’s mother is worried that without this, he will regress developmentally, and will not be able to access a special school.