Irish gangs recruit children as young as 11 into serious crime 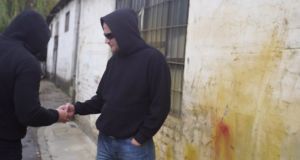 The report found that children were offered access to drugs, alcohol and the notion of status from being associated with the network. File photograph: Getty Images 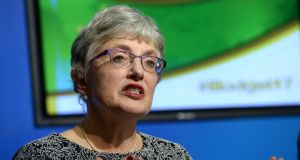 Criminal gangs are recruiting and exploiting children as young as 11 using drugs, alcohol and the notion of status, according to new research on the impact of criminal networks on young people.

The findings are the result of a four-year study into criminal gangs and their impact on boys and young men, as well as their wider local community.

The urban location of the study has been given the pseudonym ‘Greentown’, to prevent young people and the community being identified.

The Lifting the Lid on Greentown report, commissioned by the Department of Justice, was carried out by researchers at the University of Limerick. It is due to be published this week. It found the small population of children in the locality was responsible for a significant amount of serious crime, five times the national average for burglary

The study discloses patterns of enticement and coercion for children, linked to their engagement with the criminal network.

Children were offered access to drugs, alcohol and the notion of status from being associated with the network. However once they were engaged in relationships with network leaders it became very difficult for the children to leave.

According to the research the network served to “regulate” the behaviour of those involved in criminality, but also keep in check other residents in Greentown who were not involved.

While acts of violence appeared to have been carried out as punishment for network members, a more general climate of fear prevailed for residents in the area due to likely sanctions for reporting crime to the authorities.

“It is clear the thugs who run Irish crime have no regard for children and young people – and don’t think twice of placing them in immediate danger.

“We need to be clear: what has been documented is child abuse. As Minister, I am determined that services will be targeted at those communities who are forced to pay a heavy price for the actions of a few.”

State agencies in areas such as education and welfare had made numerous efforts to intervene in the lives of the children involved, according to the research.

However, these efforts were often compromised due to the influence of the criminal network, the report found.

In one example, gang members actively cultivated a parent of a child in residential care to ensure that on their return the child would return to the network and continue committing burglaries.

The network appeared to be dominated by a family and kinship-based group which included both adults and children.

However, many of the children involved at lower levels in the network came from other family situations where there was drug and alcohol misuse or other vulnerabilities including debt obligations to network leaders.

These conditions were associated with poor guardianship for the children which made resisting the influence of the network over time extremely difficult.

It appeared that children from such family situations were actively recruited to the network.

Overall, the report notes that Ireland has seen significant improvements in reducing youth crime in recent years. Most young people who get into trouble and are caught tend to stop offending reasonably quickly.

However, it found a small number of children were involved in more serious prolific offending.

The report recommends repeating the study in other locations to gauge the degree to which the findings can be generalised.

David Stanton, Minister of State at the Department of Justice, said the recommended follow-up study would be commissioned.

“This will involve the Greentown study being repeated and broadened,” he said. “In addition, this research will set about the task of engaging Irish and international expertise to design and develop a new programme of interventions.”