Trinity back on elite university list after ‘really stupid’ error 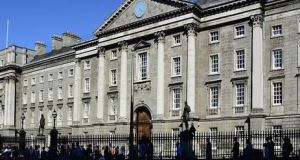 Trinity College Dublin’s Dean of Research Prof John Boland welcomed the fact the university has recaptured top spot among Irish universities, but expressed concern at a drop of 30 places overall in the space of one year. File photograph: Getty Images

Trinity College Dublin (TCD) has admitted a “really stupid mistake” it made saw it drop down the rankings of the world’s best universities.

The university sent data relating to its research funding to the Times Higher Education (THE) World University Rankings in the wrong format two years in a row.

As a result of the formatting error, the research budget for the university was underestimated by a decimal point - so a research budget of €10 million would show up as €1 million in the THE rankings.

Dean of Research Professor John Boland declined to say what the real research figure was, but he acknowledged it was a “ridiculous mistake to make” and deflated the university’s rankings two years in a row.

“We realised something was wrong last year and they [THE] came back to us and said we were doing it wrong for two years,” he said.

The figure given for Trinity’s research budget was correct, but, because it was formatted wrong, it was read wrongly by the computer calculating the rankings.

There was some surprise when Trinity found itself at the start of this academic year unranked, having fallen to between 200 and 250 in the world.

Prof Boland said that, as a result of the error two years in a row, his office had “taken control of the whole process from soup to nuts”.

He said the reduced ranking for Trinity had led to some reputational damage to the university - and also depressed morale.

Trinity’s ranking has been revised upwards from 131st to 101st for the academic year 2015/2016 and from unranked to 130th in the currently university year.

Prof Boland said the revised rankings sound like great news, but they also demonstrate that Trinity has dropped 30 places in a single year even when the figures are revised.

“This amounts to a 30 per cent drop in rank and crystallises the international headwinds facing the Irish university sector following a decade of neglect and chronic underfunding,” he said.

“If the Government expects excellence from the universities and the capacity to create the sort of skilled workforce needed in a post-Brexit world, it must begin to invest in education once again.”

The THE rankings published in September were bad news in general for Irish universities, with no Irish university ranking in the top 200 for the first time, though that will now change with the revised ranking for Trinity.

“While the root of the problem is the increased competition among the world’s elite universities, particularly those in Asia, it seems clear that the major funding cuts endured by Ireland’s universities are causing problems.”

“Rankings are important because they attract the best students and faculty and enable Trinity to collaborate with the world’s best universities and corporate partners. That’s why Trinity is delighted to have performed well in what is a very competitive ranking environment.”

The diminution in Trinity’s performance over the two-year period was replicated by UCD, which slipped outside the top 200 in last September’s rankings.

The Royal College of Surgeons in Ireland (RCSI) and the National University of Ireland Galway (NUIG) gained ground, while other Irish universities remained in much the same positions. 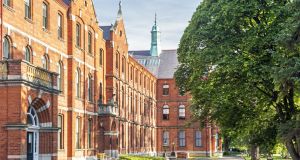