Area dogged by antisocial behaviour is experiencing process of ‘destudentification’ 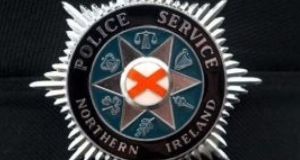 Debate rages as to whether the south Belfast area densely populated by students is called the Holyland or the Holylands, but what is unanimously agreed is that antisocial behaviour has been an issue there for many years.

Holyland resident Bríd Ruddy has lived in the area, first as a Queen’s University Belfast (QUB) student and then as a homeowner, for 30 years and says it used to be a “bohemian residential area”, but since the late 1990s there has been a “destruction of our community” because of a concentration of young people.

“It’s Magaluf-type behaviour, like an 18-30 party land,” she said. “We are not stereotyping students as such, this is a very concentrated number of young people.”

The biggest issues are around freshers’ week, the start of the second academic semester and St Patrick’s Day, when rioting has taken place and several arrests have been made over the years – though long-term residents will tell you that underage drinkers and partygoers flood the area at these times, so the blame cannot be entirely left at the doorsteps of students from nearby Queen’s, as well as Ulster University (UU), Belfast Metropolitan College, and St Mary’s and Stranmillis University Colleges.

Speaking about the St Patrick’s Day celebrations in the city, chief inspector Robert Murdie, area commander for south Belfast, said that “in the past, overindulgence in alcohol has led some people to act in a way they would never do when sober. This has previously led to assaults, damage to property and annoyance to others and we are making it clear that this behaviour will not be tolerated.

“As in previous years, we will be working alongside Belfast City Council and in south Belfast, with Queen’s University Belfast and the University of Ulster, the Belfast Met and local schools, who will again proactively encourage their students to stay off the streets of the Holyland on St Patrick’s Day.”

Ms Ruddy, a director of the South Belfast Partnership Board, said it has commissioned a transition study from housing expert Prof Paddy Gray on the impact of “destudentification”, which has received funding from a range of sources including the Department of Foreign Affairs.

“The area is a complete blot on the planning authorities in Belfast,” she said. “Outrageous, a total planning disaster, privatising what used to be a vibrant community and gave it over to private landlords. I don’t think that would happen in Dublin or anywhere else.”

Botanic Cllr Emmet McDonough-Brown said the area “needs to be restored to one of residential character”.

“Students are a major contributor to the economic life of the city but we also have to recognise the concentration of students carries an impact on communities,” he said.

UU, which is moving from its main campus in Jordanstown to new buildings in Belfast city centre in 2019, formally reprimands about 140 students each year in connection with the Holyland and has suspended five students since 2012.

Universities and colleges have community officers to host forums and engage with students and residents, plus regular meetings with student union bodies, the Police Service of Northern Ireland, Belfast City Council and others.

A spokeswoman for QUB said it works “in partnership throughout the year to sustain and enhance the existing positive relationships with residents and community groups in the Holylands”.

QUB provides a 24-hour hotline for the public to raise any concerns and has recently commenced work on two city centre accommodation buildings at the cost of £72 million (€84 million) which will create 1,216 bedspaces and increase the managed student accommodation capacity of the university to 3,463.