Foley accuses union of being ‘disingenuous’ on school reopening claim 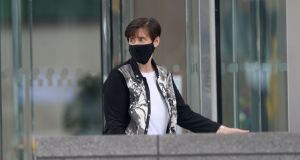 Minister for Education Norma Foley has said claims by a teachers’ union that it did not instruct its members to stay out of schools are “incredibly disingenous”.

Ms Foley made the statement after John Boyle, general secretary of the Irish National Teachers’ Organisation (INTO), said his union “most certainly didn’t” instruct its members not to go back schools on Thursday.

Talks between the Department of Education and unions over the resumption of classes for children with special education needs collapsed on Tuesday night.

Staff representatives cited concerns about the safety of such a move amid high levels of Covid-19 transmission in the community.

Ms Foley will make a statement in the Dáil on Thursday and answer questions on the row over the re-opening of special needs schools and classes .

There have been calls for Taoiseach Micheál Martin to intervene in the controversy, with Labour education spokesman Aodhán O Riordáin claiming that Ms Foley and Minister of State Josepha Madigan had “lost control” of the situation and were now part of the problem.

The department had been seeking an accommodation that would allow for the return to class of 18,000 pupils, out of a school population of 1.1 million. Most of those classes had just six students, the Minister said.

Ms Foley told RTÉ’s Morning Ireland it was a matter of deep regret that the unions representing teachers and special needs assistants (SNAs) had not accepted public health advice that it would be safe to reopen schools for children with special needs.

Ms Foley said she understood there was great anxiety in the sector, but other essential workers such as healthcare workers, ambulance personnel, gardaí and supermarket staff were going to work every day. There was nothing more essential than providing education, she said.

The Minister said she and her department would continue to work with the unions, but that there needed to be good faith.

Earlier on the same programme, INTO general secretary John Boyle denied that the union had instructed teachers not to return to work on Thursday.

“Absolutely, we most certainly did not,” he said.

When asked why she did not instruct teachers to return to work, she said “the public health advice was categorical, unequivocal” and that unions had undertaken to support a return to school if this was the view of health authorities.

She said she thought they were working towards a shared objective to open the schools on Thursday and had accepted the unions’ bona fides, “but at the 11th hour they said they cannot accept public health advice”.

There had been no guarantees from the unions that staff would turn up for work on Thursday, she said.

Minister of State for special education Josepha Madigan said there was not any justifiable reason why schools could not open on Thursday for students with special needs but the Government had been left with no option.

“It is completely and wholly unsatisfactory where we are now,” she told RTÉ’s Today with Claire Byrne programme.

“We’ve spent the last week talking about mother and baby homes, where our most vulnerable were left to their own devices in less than satisfactory conditions and we’re now allowing further anxiety and upset to be placed on the shoulders of parents whose children desperately need to go back to school.”

Mr Boyle said a blame game between teachers and special needs assistants and education officials would not find a solution to the problems that are keeping the State’s schools closed.

The INTO and Fórsa, which represents special needs assistants, said efforts to reassure staff that it was safe for schools to open to students had “failed”.

“Further discussions can achieve improved safety measures, including Covid testing, leading to the resumption of all school services,” they said.

Mr Boyle said he believed the number of new cases would need to fall before schools could reopen. A total of 2,001 more cases and 93 deaths were reported by health officials on Tuesday.

“We’ve asked for a rethink, we are all extremely nervous,” he said.

He said that if the number of cases continued to drop then it was possible that schools could reopen on February 1st.

“Teachers can’t wait to go back to school.”

Head of education at Fórsa, Andy Pike, said his members did not have confidence in the approach set out by Government in proposing Thursday as a reopening date.

“There is genuine fear and anxiety out there,” he told Newstalk.

Sinn Féin education spokesman Donnchadh Ó Laoghaire told Today with Claire Byrne it was crucial that the reopening of schools for children with special needs was not rolled in alongside the general reopening, as there was still no guarantee this would happen next month.

He said the Government had been “caught on the hop” trying to “cobble together” a reopening plan for children in special education in the space of two weeks. The issue was a mess which could not be allowed to rest, he said.