Unthinkable: Philosopher Giorgio Agamben carries the flame for anti-capitalism through the crisis 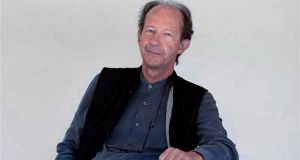 A mantra of the current crisis is that things won’t go back to the way they were. Essential workers like nurses and carers will be properly paid. People will rejoice in simple freedoms rather than conspicuous consumption. A new engagement with the natural world will flourish.

The evidence is weak that human nature has changed radically as a result of the pandemic. Worse still, according to some left-wing thinkers, the crisis has strengthened our dependency on private solutions to public problems – in the form of vaccines-for-profit and lumping responsibility for social ills back on individuals.

One of the most outspoken intellectuals on the topic is Italian philosopher Giorgio Agamben who in a series of articles since last February has been railing against state-led “health terror” and “techno-medical despotism”. Depicting lockdowns and quarantines as an illegitimate power-grab by experts, Agamben (78) has drawn widespread criticism from politicians, scientists and philosophers – though not all scholars have written him off.

Dubliner Matthew Collins is doing a PhD in philosophy at Newcastle University exploring aspects of Agamben’s wider oeuvre on sovereign power. Agamben’s latest essay When the House Burns Down makes the point that “the fire has been burning since long before the Covid-19 pandemic. The fire, he tells us, is the attempt to control humanity’s bare life, which has only intensified in recent history,” Collins explains.

While he doesn’t endorse Agamben’s opposition to coronavirus controls, the Trinity College Dublin graduate sees merit in the Italian’s message to “continue on” regardless. “A life inseparable from the fact of its living is what Agamben asks us to pursue, even in the time of a pandemic.”

Is Agamben hitting on a universal truth? Or just prattling irresponsibly?

You decide, as Collins – this week’s Unthinkable guest – explains the Italian’s philosophy further.

Can you explain briefly Agamben’s critique of the European response to Covid-19. Is it fair to say it’s based on a deep distrust of the state?

Matthew Collins: “It is certainly the case that Agamben distrusts the state. He came to international prominence in the late 1990s by arguing that all states, liberal-democratic or otherwise, are founded on the capacity to exclude individuals from the political realm, and thus reduce them to their bare, biological life.

“Agamben’s argument is that the state, in requiring us to socially distance and self-isolate, severs us from our relation to others and to ourselves, and reduces us to a bare, biological functioning.

“However, it is important to recognise that Agamben’s critique extends beyond a distrust of the state to a problem present since the birth of philosophy itself. He claims that Western thought since Aristotle has conceptualised human life as divided between its political and biological components.

“What Agamben is asking us to consider, both with respect to the pandemic restrictions and elsewhere, is that something like freedom is only achieved when our biological and political life cannot be separated from one another. This is because, what is separated in our biological life or ‘the fact of living’, is what Agamben calls our impotential.

“The impotential is our possibility to exist as non-determined by various social forces. In political terms, this would be the capacity of the human to ‘jam the machine’, as opposed to being reduced to one of its operative cogs.”

Do you agree with him?

“Agamben’s argument against restrictions in Europe is significantly weakened when we look at the United States where a failure to take the virus seriously has wrought unimaginable death and suffering. In this context, Agamben’s elevation of a contemplative life above all other concerns begins to look perverse.

“Critique therefore should not be aimed at the restrictions per se, which are broadly necessary, but rather at the contingent intensification of misery they have brought about.

“In a market society, lockdowns restrict life to two intolerable outcomes. The lucky transform their homes into workplaces in order to continue to perform often very poorly paid work. The unlucky get sick and some of them die, in part due to government failure to create robust public healthcare and contact tracing systems.

“Simultaneous to these outcomes, corporate profit in the third quarter of 2020 reached a historic high. That life can be so restricted while corporate profit continues its limitless expansion suggests that the misery of the pandemic is not a necessity.

“The left should ask whether lockdowns would be experienced as being so awful if people were not required to spend 40 hours a week performing unenjoyable and often unnecessary labour? Would restrictions have had to have been so severe if we had redirected corporate profit into our ICU capacity and test and trace system? These are important questions which Agamben’s analytic of bare life does not allow us to ask.”

Does it make sense to analyse the response to Covid-19 in terms of left and right? Surely governments should just follow the science?

“Medical organisations attempt to portray themselves as presenting purely scientific information with which to guide the public. We should follow Agamben here and recognise that it is precisely by excepting themselves from the realm of politics that these organisations become politically powerful.

“At the same time, Agamben also helps us understand that their claim to a scientific rationality beyond economic or political concerns is false, because our biological and political lives are never separable.

“Governments continue to advocate lockdowns based on their scientific necessity. Yet the WHO itself has called on governments to stop using lockdowns as their primary method of fighting the virus. The proliferation of lockdown advice from scientific bodies like Nphet [National Public Health Emergency Team] is not the result of a scientific calculation, but rather the result of an unwillingness to economically restructure society to create adequate healthcare capacity and contact tracing.”

An underlying issue is whether the political left should be trying to overhaul capitalism in the middle of a pandemic or wait until after. Are you concerned an opportunity is being lost?

“I do not think that the present circumstances are a comparatively better time for leftist organising than others in the past. Rather, now is as good a time as any.

“The teaching of French psychoanalyst Jacques Lacan – of which Agamben is certainly not a fan – tells us that any demand to delay our desire, political or otherwise, should always be rejected. The request to put off our desire to another time is based on a false claim that change in the present is impossible.

“When the pandemic ends, this will not transport us back in time to our past lives . . . From this perspective, we are already living in the time after the pandemic.

“Only if the left accepts that the present is the terrifying future in which pandemic restrictions function as part of capitalist exploitation will it be able to seize the moment to point out that our current predicament is only one contingent reality.”

Where is God in this pandemic?

Giorgio Agamben replies: “God did not die; he was transformed into money.”