Doing your Leaving Cert at 20: school starting age on the rise 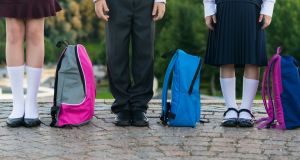 Ireland differs from the majority of European countries, where most children are not admitted to school until they reach six years of age or older. Photograph: iStock

Most children starting school nowadays will be 19 or 20 years old when they finish secondary school following an increase in school starting ages, latest figures show.

Parents are increasingly waiting until their children turn five before starting primary school since the introduction of the free pre-school year.

Other factors include admission policies in over-subscribed schools – which prioritise older children – and a growth in the number of children with learning disabilities.

There is also evidence to show the trend has accelerated, with the recent extension of the early childhood care and education scheme from one to two years.

Children may now avail of the free pre-school scheme from the ages of three up to 5½.

Under school enrolment laws, children in Ireland may be enrolled at primary school from the age of four years and must start formal education by the age of six.

Ireland differs from the majority of European countries, where most children are not admitted to school until they reach six years of age or older.

In Nordic countries such as Finland and Sweden, which rank highly for academic achievement and child wellbeing, primary school starts at the age of seven.

Minister for Children and Youth Affairs Dr Katherine Zappone said the Government’s free pre-school programme had transformed early learning for children and had contributed to a rise in the school starting age.

She said a new subsidised childcare scheme for younger children, due to begin later this year, will build on this foundation.

The free pre-school programme was officially launched a decade ago offering 38 weeks of funded pre-school education. This was doubled in 2018.

Since the programme began, more than 800,000 children have availed of it, while more than 5,000 children with disabilities have been supported in more recent years.