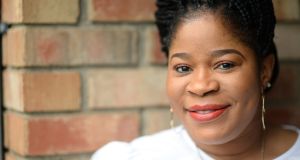 DCU law student Tega Amrabure: ‘I think there is a need for more anti-racism education in school, and it needs to happen from an early age’. Photograph: Dara Mac Dónaill/The Irish Times

How many ethnic minority students go to college in Ireland? Nobody seems to know – and it’s putting a generation at risk of being left behind.

Race, Ethnicity and Change in Higher Education, a new report from the Royal Irish Academy (RIA) and the British Council in Ireland, says that this lack of data may be harming the educational and career opportunities of black, Asian, Traveller and other ethnic minority students in Ireland.

“How can you address a problem that you don’t fully understand?” asks Prof Brian Norton, secretary for policy and international relations with the RIA. “How can you make meaningful, targeted and focused interventions to support under-represented groups without the data? There can be issues with collecting it, but that’s no excuse for [universities and colleges] not to try.”

The RIA report says that this task is “urgent” and that colleges and universities need to do more to engage with and lead change towards a more diverse and inclusive sector.

The report was only able to identify one full-time black female academic professorial post-holder in Irish academia and several post-holders from Asian or other minority ethnic backgrounds.

Dr Ebun Joseph of University College Dublin is the module co-ordinator for the first black studies module in Ireland, and the director of the Institute of Antiracism and Black Studies. She is an Irish and Nigerian citizen.

“I once applied for a role where I found out that I was only scored five out of 10 for my ‘ability to contribute to diversity’ - despite having worked extensively on the topic and appeared on 12 TV and radio shows in the four months before my application,” she says.

“There’s no lack of talent and there’s no shortage of people to occupy academic roles. Something is wrong with the pipeline but we urgently need the data.”

Anastasia Crickley, former head of the department of applied social studies at Maynooth University, has been actively involved in the campaign against racism at national and international levels, and was a former chair of the UN Committee on the Elimination of Racial Discrimination. She is also the current chair of Traveller rights organisation Pavee Point.

“Pavee Point has been seeking a question on ethnic identifiers and Ireland has been asked by numerous international bodies to collect this data,” she says.

“It has to happen if we are to create the conditions for access, participation and outcomes students need. This will require voluntary self-ID and and, in turn, proactive training so students feel comfortable providing the information.”

Much like other ethnic minority groups in Ireland, there’s no lack of ambition among Travellers, but there is a lack of access and support, Crickley says.

“We know that measures were needed to address gender inequality and there needs to be special measures across the whole education spectrum for minority groups too.

“The curriculum needs to change too, to include and reflect the stories of minority groups both now and over the centuries, and we need strategies to name and address the structural racism that is a part of our society. You can’t bring about change through goodwill alone.”

Crickley highlights the Path initiative, which is increasing diversity among the teaching profession, as an example of how positive change can come about.

At Maynooth University, Dr Gemma Irvine, vice-president for equality and diversity and a contributor to the RIA report, says that the university wants to lead the way for diversity because it improves outcomes for everyone.

“Universities are supposed to be about bringing together different perspectives to be innovative, and this should be reflected in a diverse curriculum designed by a diverse student and academic body.

“Last year, we had an open panel discussion on race and ethnicity, organised with the students’ union, and it was a way for minorities to honestly discuss their experiences of race and ethnicity, and how racism can be subtle: finding it harder to secure accommodation, getting blank looks if asking for halal food, ‘jokes’ and irritations that build up over time.”

Joseph says that the UK and US are doing more than Ireland, and suggests that Irish third-levels could ringfence positions for ethnic minority staff, as they have done for women in an effort to address gender inequalities.

If third-levels aren’t inclusive of different ethnicities, workplaces aren’t doing much better. A 2019 joint from the Irish Human Rights and Equality Commission (IHREC) Economic and Social Research Institute (ESRI) found that black non-Irish people are five times more likely to experience discrimination when seeking employment in Ireland, while black Irish citizens are twice as likely to face discrimination - a statistic that tallies with the anecdotal experience of many black people here (see panel below).

The RIA report highlights the burden placed on under-represented groups to push for greater equality and diversity, often at the expense of time that could be devoted to their academic careers.

“It’s the price you pay for speaking out,” says Joseph. “You’re labelled a trouble-maker. And it’s why we need the data.”

She rejects suggestions that students may be too reluctant to provide their ethnic information to the host institution. “It’s a cop-out,” she says. “If colleges really want the data, they can get it. If they explain to students that it is to improve representation and that they will use it to make changes, people will provide it.”

Tega Amrabure: ‘A lot of black migrants are highly educated and intelligent but can’t get work’

“In 2002, I came to Ireland from Nigeria on a working visa that had to be renewed year after year.

“I spent years working to support my two children. I always wanted to get a third-level education and work to bring about social change. In Nigeria, I did social work with vulnerable people and, in Ireland, I wanted to work on issues like direct provision and immigration.

“The Irish system is very different from at home. I’m now in my third year of a BLC at Dublin City University, but it was hard at first. I know many immigrants are scared to go into education, but College Connect really helped me and made me see that there is so much support available. They helped me adjust to the academic system here, and without their support I might not have got through it.

“I have mixed feelings about the campus. I’m a mature student so I feel older than my classmates, and you don’t see a lot of migrants or black students on law courses. I’ve tried to get involved in college life, but I’ve struggled to get a law internship despite having grades that are just as good as my classmates.

“A lot of black migrants are highly educated and intelligent but can’t get work. We’re barely represented in academia. I think there is a need for more anti-racism education in school, and it needs to happen from an early age so that everyone ultimately ends up with the same opportunities.”