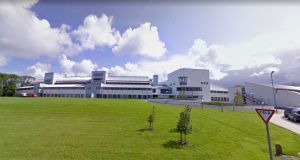 The Institute of Technology Tralee has been running operational deficits of between €1-€2 million over recent years. Image: Google Maps

Education authorities have appointed external accountants to monitor spending at the Institute of Technology Tralee amid growing concern over financial deficits.

The move comes at a sensitive time with plans at an advanced stage to merge IT Tralee with Cork Institute of Technology (CIT) to create a new technological university for the Munster area.

An international panel is set to visit both institutions next week to determine if they meet the criteria required for university status and whether it is financially sustainable.

However, internal Higher Education Authority (HEA) records show “serious concern over the protracted funding crisis” as well as alarm over the quality of information released by the institute over the scale of the problems.

An unpublished report commissioned from consultants Deloitte is understood to have found that the institute is overstaffed, facing significant cashflow difficulties.

It has been running operational deficits of between €1-€2 million over recent years, while it faces a bill of between €3 million and €4 million for the new Kerry Sports Academy building, opened this week.

The scale of the deficit is now threatening plans to create a new Munster Technological University.

CIT is understood to be refusing to take on the Kerry-based institute’s debts if it merges, while IT Tralee has been told there is no specific funding available at this stage.

It emerged this week that the president of IT Tralee, Dr Oliver Murphy, is on sick leave and has been replaced on an interim basis.

Well-placed sources say a resolution of the issue will be required in advance of the international panel visit if the technological university bid is to succeed.

In a statement, the Department of Education confirmed that it and the HEA are “actively engaging” with IT Tralee in relation to its financial position.

“In that context, the department understands that the HEA have arranged for the provision of external financial expertise to assist the institute in the management of its financial affairs,” a department spokesman said.

In a statement, IT Tralee said it continues to work with the HEA in relation to its finances.

IT Tralee has told education authorities that it plans to generate a surplus by 2022, though there are doubts at senior levels over whether these plans are realistic.