College in a time of Covid: Are third-level students being short-changed? 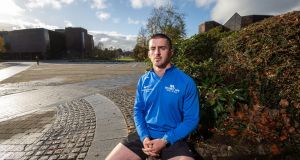 In late September, hundreds of students gathered at Spanish Arch in Galway. They were widely condemned for breaching Covid-19 regulations.

While student leaders say large gatherings and house parties should not have happened, they point out that the vast majority of students are quietly giving up at least a chunk of their student years to support the battle against coronavirus – and getting little credit for it.

“This year’s Leaving Cert class have had the rug pulled from under them,” says Lorna Fitzpatrick, president of the Union of Students in Ireland (USI). “All students have had a hard time and some are really feeling isolated and lonely, as well as facing some very practical challenges. There are a lot of frustrations among students: we are spoken about a lot but we don’t always feel we are being heard or listened to.”

So what is working, what isn’t and could more be done to support students? The Irish Times spoke to students from all seven main universities, as well as student union leaders, researchers and third-level officials across the country to get a sense of what student life and learning is like in a time of Covid-19.

Although campuses remain open for essential services – including library access and organisation of online activities for students – the vast majority of classes are taking place and most students are stuck at home.

Third-level students are to receive a payment of €250 each to compensate for the costs involved in online learning.

“This is very welcome but that doesn’t come close to addressing the costs students face, especially when they’re struggling to get work with so many traditional student employers, such as hotels and restaurants, closed for now,” says Fitzpatrick.

Students say that it is unfair that they are being charged full fees and that, while colleges still have the same costs, the burden of supporting them shouldn’t fall on students who aren’t able to access all the services they have paid for.

Not all students are having a hard time, however: mature students, students with children, part-time students and some students with disabilities are finding that online learning provides them with a lot of flexibility and it’s very likely that at the end of this crisis third-levels will seek to maintain flexible-learning options.

Lorna Fitzpatrick says many students still have no idea whether they will be back on campus for semester two. “We understand that not all third-levels know just yet but there is a feeling among students that some communication from colleges is urgent so they can make plans for January.”

Several students point to a lack of structure in their day, particularly where lectures are prerecorded and there’s no need for them to attend any live classes.

Some students say they are struggling to stay motivated with online learning and haven’t been given any support in learning how to learn online. Colleges such as TU Dublin are increasingly acknowledging this problem, with Prof Brian Bowe in the office of the registrar saying that they are providing library space, student society events and other supports, while DCU has developed a module in how to learn online.

UCD is among the colleges that have provided bookable computer spaces for students who don’t have study space at home, but student unions elsewhere have raised concerns that students living in cramped accommodation are under-serviced with study, library and computer access.

Almost all third-levels have ensured that students have access to laptops for remote learning, but there’s a factor somewhat outside their control: broadband access.

“I have to drive 30 minutes to the nearest broadband point, download whatever learning materials I can, try to research and upload assignments without any internet at home and, of course, access lectures online,” one student says.

Societies are doing their best but it’s not a substitute for face-to-face activity, particularly when students are already feeling somewhat overwhelmed with online life

Many students have stayed at home rather than rent accommodation that they don’t need, but it has come at the expense of having decent broadband, particularly in rural parts of Ireland.

A team of researchers at NUI Galway and the University of Limerick combined national data on the home area of students enrolled in higher education with detailed spatial data on broadband coverage to estimate the proportion of students “at risk” of poor accessibility to high-quality internet connectivity if living at home. Their research suggests that one in six students are in areas with relatively poor broadband.

Some have chosen to move closer to campus purely so they can have the internet access required for online learning. Others have struggled to get decent bandwidth when sharing with at least three other students in student accommodation, or because three other family members may be online for work or education at the same time. Student leaders have called on colleges to be understanding of the difficulties facing some students and most third-levels seem to be understanding in this regard.

Loneliness, isolation and the lack of in-person contact are taking their toll on most of us, but for younger people – hard-wired to make new connections and develop friendships – there’s a particular concern about the toll it may take on their mental health.

Rural students seem to be among the most isolated, particularly where their broadband isn’t up to scratch. In shared accommodation, students can only hope they gel with their housemates, as they may be the only people they are allowed to socialise with.

Clubs and societies are making huge efforts – usually supported by the college authorities – to organise online events. In some cases, such as with UCD’s LawSoc, lockdown has meant that they can secure guests via video link who they may not have been able to previously afford to bring to campus.

“Societies are doing their best but it’s not a substitute for face-to-face activity, particularly when students are already feeling somewhat overwhelmed with online life. I hope that some kind of outdoor events may be possible when restrictions are partially lifted.

Look at the mums dropping off kids and going for coffee, or in the park hugging with not a mask or inch between them

“I am worried about student mental health and feel not everyone is coming forward,” he says. “I know it’s not the full solution but the power of conversation is important and I’d urge students to look out for their friends.”

Lorna Fitzpatrick of the USI says that colleges can’t wait for students to come forward and need to be more proactive in identifying students at risk.

Younger students seem to be finding it hard and are often resentful that they are being blamed for spreading the virus.

“Look at the mums dropping off kids and going for coffee, or in the park hugging with not a mask or inch between them,” said Chloe, a student at UCD.

Laura Harmon, president of the Irish Council for International Students, says students who are far from home are feeling particularly isolated.

The Government has provided an additional €5 million in mental health supports for students. Most of this has been invested in hiring more counsellors, but there’s an inevitable lag in recruiting them which is causing delays for students who want to access support.

Early figures provided by some third-levels seem to indicate that student dropout rates are no higher than any other years, but it’s too soon to get a full picture.