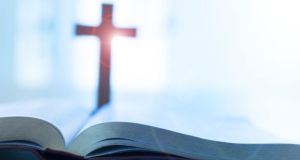 Catholic groups have expressed concern that proposed reforms to the primary curriculum could “undermine and downgrade” religion in schools.

Under proposals being considered by policymakers, patron’s programmes would no longer feature as part of the State’s core curriculum at primary level.

Instead, schools would have the freedom to decide how much time they wish to spend on teaching faith-formation or patron’s programmes during “flexible time”. At present schools typically spend up to 2½ hours a week on religion.

The proposals form part of much broader reforms which seek to place a greater emphasis on creative play during the early years of primary school and broader areas of learning.

The blueprint on the structure and time allocation for a redeveloped primary school curriculum represents some of the biggest proposed changes to teaching and learning at primary level in more than 20 years.

A report on the consultation process on the primary curriculum by the National Council for Curriculum and Assessment (NCCA) indicates there is broad support among teachers and education partners for most of the major proposed reforms.

However, there are concerns from Catholic groups, who fear the move towards placing faith-formation during so-called flexible time could “undermine and downgrade” patron’s programme in primary schools.

The diocesan adviser at Elphin Diocese said: “It would have an adverse effect on schools’ ethos and also it would damage children’s religious and spiritual development. Putting religion into flexible time diminishes the subject entirely.”

The Association of Trustees of Catholic Schools said it could impact on parents’ rights to religious and moral formation of their children, and the responsibility of a board of management to comply with its legal obligation to be accountable to the patron.

“Parents have the right to ensure that their children’s education is in conformity with their religious and philosophical convictions,” it said.

The Catholic Primary Schools’ Management Association said such a move would be “seriously damaging to the characteristic spirit of faith-based schools”.

While the 1998 Education Act protects the right of schools to set aside time in each school day for subjects relating to the school’s ethos, it does not stipulate the amount of time to be allocated.

Overall, however, the consultation report notes strong support evident for schools having greater flexibility in deciding how time is allocated in the curriculum. Many expressed the view that these decisions, made at a local level, could better reflect the needs of individual schools.

Teachers felt they were well placed to allocate time in classes and schools. Increased flexibility, they said, could provide for more creative teaching, thematic planning and project-based learning that better reflect the needs, interests and capabilities of children.

Added flexibility for schools in deciding how time is allocated was also viewed as demonstrating greater confidence in the teaching profession.

There was also general agreement for the proposal of having minimum State curriculum time and “flexible time”.

However, as the 1999 curriculum assigns time to each subject, there were concerns that in a redeveloped primary curriculum, some subjects may “lose out” in a review of how time is allocated.

Other proposals under consideration include a greater emphasis on subject “themes” and delaying the introduction of traditional subjects until the later years of primary.

This is influenced by the fact that children are faced with studying 11 subjects when they enter primary schools, which some experts feel is too structured and may impede learning.

The report notes there was broad agreement on enabling child-led play in infant classes.

However, there was recognition of the challenge of using a play in a subject- based curriculum in the infant classes, and challenges associated with resources and access to training for teachers.

A strong majority agreed that a subject-based approach in the later years of primary school could help children transition into post-primary school.

There was less consensus, however, as to when subjects should appear in the curriculum. There was some concern that their introduction in fifth class may be too late with some suggesting this should happen as early as first class.