CAO 2018: Points may have dropped due to housing crisis 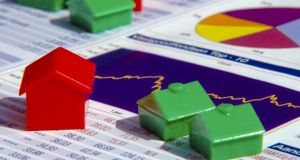 The difficulties facing students trying to source accommodation in Dublin may be behind a significant drop in points for courses at some of the country’s biggest third-level institutions. File photograph: Getty Images

The difficulties facing students trying to source accommodation in Dublin may be behind a significant drop in points for courses at some of the country’s biggest third-level institutions in the second round of CAO offers.

Overall, more than 2,300 students have been offered courses in the second round following a reduction in points requirements.

A reduction in points usually tends to indicate that students have either not accepted their first round offer or deferred a place for a year.

Of the third-level institutions that offered places on lower points, those situated in Dublin and Cork – where the housing shortages are most acute – offered the most courses by far.

Points fell for more than 20 courses at both Trinity College Dublin and UCD, while UCC offered 16 courses on lower points and DIT offered 12.

Many institutes of technology and regional colleges, by contrast, had just a handful of points reductions or none at all.

There were exceptions to the trend, however. Points fell in just two degree programmes at DCU, even though it is based in the capital, and at CIT in Cork.

When broken down by programme type, some of the biggest points drops were in nursing and science courses, along with arts and humanities courses at UCD.

UCD, whose arts course was once the single biggest course in the country, introduced a number of new streams for arts students this year.

Points for its BA in arts have fallen in the second round (down 11 to 370 points). Points for humanities, which was at 301 points, have fallen to the point where any candidate who met the minimum entry requirements was accepted.

Similarly, its social policy and sociology course, which was at 291 points, will also now accept any candidate who has met minimum entry requirements.

Modern languages at UCD also fell (down nine points to 390), as did economics (down nine to 467 points). At Trinity, there were drops for arts subjects including history (down 13 to 462) and geography and geoscience (down 20 points to 393).

Maynooth University, which now has the largest arts course in the country, saw a drop of three points for the course.

Points for many nursing courses have also fallen in the second round. At UCD, there were lower points for general nursing (down four to 409 points) and midwifery (down 11 to 477).

At UCC, points for intellectual disability nursing fell (down 20 points to 409), while at UL nursing point requirements also dropped (down eight points to 433).

General nursing at NUI Galway remained steady, though there were reductions for mental health nursing (down eight points to 409) and midwifery (down six to 445). GMIT also saw drops in points for nursing on its Mayo campus.

At DCU, the biggest points reductions were for environmental science and technology (down 30 points) and science education (down 11 points to 422).

At DIT, general science fell (down 10 to 456 points) as did chemical science at Trinity (down seven points to 500).

While courses linked to the built environment have been in high demand, points fell for some architecture courses.

To see the full list of points for CAO round two, visit: www.irishtimes.com/news/education/cao