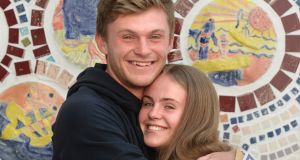 The big news for arts students this year is the introduction of three new streams in UCD’s offering.

The changes have had a mixed impact on points. Last year, arts at UCD went from 320 to 326 points but the three new courses cannot be directly compared to the 2017 offering. However, a reduction in the number of places offered on the older BA course have pushed points up to 381, which is likely to be a major disappointment to many students. In its debut year, points for the new four-year BA humanities course stand at just 301, suggesting that students may have looked warily on the changes at UCD and that it will understandably take some time for the new humanities course to bed down and build its standing. The third of the new BA courses at UCD, modern languages, is down from 464 to 399; this will be a disappointment to many sectors that have expressed repeated concerns about a shortage of workers with a second language.

Elsewhere, points for arts are generally steady or down, falling to 320 (down 7) at Maynooth, falling to 300 (down a significant 46) at UCC and staying steady at 300 in NUI Galway. Maynooth will be glad to see that their revised arts course, introduced for the first time in 2017, has not seen too dramatic a fall in points but the overall trend remains as it has been for the past decade: students are drifting away from arts.

Finally, all journalism courses have fallen in points, with most dropping by 10-20.

Points for science have not risen significantly this year. Trinity has bucked the trend of reducing the number of entry points into science by introducing four specific entry routes leading to 19 exit routes. Last year, their general entry science course fell from 505 to 499. This year, the new biological and biomedical science and the physical science courses both stand at 509 points, chemical sciences at 507 and geography and geoscience at 413. Science at NUI Galway rises by a single point to 401, falls at Maynooth University from 350 to 366, falls 2 to 478 at DCU, and stays broadly similar for UCC’s direct-entry science courses.

Have your say: Was your Arts degree worth it?

The biggest increase in points this year is for engineering courses, suggesting that work by various professional and State bodies to promote them is paying off. Engineering at UCD is up 11 points to 510. At Trinity it’s up 18 points to 488 and at NUI Galway it jumps from 401 to 432.

Demand for architecture and construction courses is also up, with students heeding industry calls for more of them to consider the profession. Architecture at UCD rises from 492 to 498 and at UCC and CIT from 444 to 447. Quantity surveying at DIT is up from 370 to 377.

Many students shunning arts still know that science courses aren’t for them. Is it possible that they’re turning to business instead? Commerce at NUI Galway is up 13 to 420 points, business studies at UL is up 4 to 423 and at UCC commerce is up 7 to 462. However, business studies is down 3 to 463 at DCU and down 7 to 498 at UCD.

As expected, health science courses remain enormously popular and there’s little to no change from last year. Points for medicine are steady at UCD (734) and NUI Galway (725) and down one point at both Trinity (731) and UCC (729). Veterinary medicine at UCD is up 4 to 564, while pharmacy at Trinity is down 2 to 533. Dentistry at Trinity is up 1 to 590. The majority of nursing courses are up, most by about 10 points, with just some slight falls.

The only university agriculture course, which is available at UCD, is down four points to 451.

The biggest falls in points

Music: Music courses have seen the single biggest fall in interest this year. Points for popular music courses at CIT have seen the most dramatic decline, with their keyboards course falling from 941 to 708 points, a drop of 233, while their drums and voice courses are also down. DIT’s BA in commercial modern music falls from 660 to 540; at the same college, the BA in music is down from 449 to 415 points, a drop of 34.

Creative arts: Despite Ireland’s acclaim and success in animation and film production, demand for these courses has fallen across the board. The largest and most prestigious higher education animation course, animation at IADT, is down from 1,035 points to 947, a fall of 88.