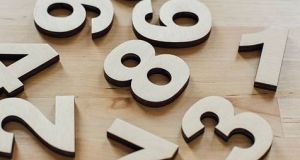 The parent of one student said he was shocked to find that a O6 was considered a greater academic achievement than a H7. Photograph: Getty Images

More than 25,000 college applicants have already accepted their offer of a college place.

The Central Applications Office (CAO) said about half of those who received offers accepted them within hours of finding out whether they met the points requirement.

In all, points fell for just over half (52 per cent) of all honours degree college courses and rose for others (38 per cent). The remainder stayed at the same level as last year.

The trend indicates that changes to exam grading and an overhaul of the points system are helping to take some of the heat out of the points race.

Significantly, the new system has more than halved the number of courses where students who secured the points required did not get an offer due to a process known as random selection.

While some 65 courses had entry based on random selection last year, this number fell to 31 this year.

However, a small number of students who secured the points for primary teaching have found out that they do not qualify for the courses due to an “anomaly” involving maths points.

One parent said his daughter secured 530 points and a H7 in maths (30 to 39 per cent). This is regarded as a pass in most courses.

However, entry requirements for the course at DCU and Mary Immaculate College state that minimum requirements in maths are a H6 or 06 (40–49 per cent at higher and ordinary).

The parent of a student said he was shocked to find that a O6 was considered a greater academic achievement than a H7.

“We were celebrating her great achievement until we discovered this, and we fear she may have to repeat her Leaving because of this anomaly,” the student’s father said in an e-mail.

Academics say the requirement was a stipulation by the Department of Education.

However, the stipulation appears to be at odds with the spirit of grading reform under which CAO points are being provided at H7 (30 to 39 per cent) for the first time. This score was previously considered an E under the old system and did not attract CAO points.

While academics involved in designing reforms to the points and grading system say they are encouraged at the impact of the reforms, Fianna Fáil’s spokesperson on education Thomas Byrne TD has urged the Government “get serious” over moves to broaden entry routes into third-level education.

Mr Byrne said while there has been a drop in points for most courses this year, the reductions have been “marginal at best”.

“Points inflation remains a significant problem, and the Government needs to step up its efforts to tackle this issue.”

He said the Government needed to overhaul and expand our system of apprenticeships with the aim of providing alternative routes of entry into third-level education.

Mr Byrne pointed to Germany – where up to 60 per cent of school-leavers opt for apprenticeships or other alternatives to higher education – as an example to follow.

“Ireland needs to follow this approach and provide students with alternative options for pursuing third-level education. Degree apprenticeships need to be broadened and expanded. The Government needs to invest in such apprenticeships and promote their availability to students.

Earlier this year Minister for Education Richard Bruton launched a plan to expand apprenticeships and traineeships in Ireland, aimed at delivering 50,000 additional places by the end of the decade.This target, if met, would result in one in five school-leavers opting for such an option.

Meanwhile, the CAO’s “available places” facility is due to open on Tuesday.

Under this system applicants can apply for places on third-level courses that remain unfilled after all offers have been made and waiting lists have been exhausted.

The CAO’s general manager, Joseph O’Grady, said these available places can be introduced or removed by the individual institutions at any stage over the coming weeks.

“Applicants interested in applying for an available place should do so before the places on a specific course are filled,” he said.

Applications that arrive in CAO before 11:00 on a Monday will be processed and considered for offers on the following Thursday. This process will continue until mid-October or until all available places have been filled.