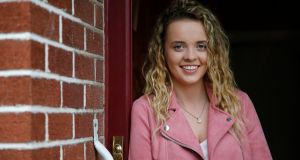 Rebecca Carter: hoped her case would change the appeals process to ensure other students do not have to go through what she did. Photograph: Nick Bradshaw/The Irish Times

Minister for Education Richard Bruton has pledged to help speed up the appeals process for Leaving Cert exam students to ensure students do not lose out on potential college places.

The move follows this week’s High Court ruling in favour of Wexford student Rebecca Carter, who argued she was being denied a place in her veterinary medicine course at UCD because her Leaving Cert exam marks had been totted up incorrectly.

The court found that the current system was not “fit for purpose” given that she was due to receive the result of her appeal after the deadline for acceptance onto the course. It directed that this should not happen again.

Mr Bruton said on Thursday evening there was a need to “contract” the appeals period and to see what changes colleges could make to ensure students who successfully appeal are not disadvantaged.

“I don’t want to see it happen again; it’s not right that we should have children in the courts. We need to find a way to solve this,” he said.

Talks between the State Examinations Commission (SEC), higher education institutions and Department of Education officials are to get underway soon in a bid to find a solution.

“I’d be optimistic that we can find a solution; everyone is on the same page and working for the same outcome,” he said.

At the centre of the High Court case is the fact that the result of exam marks appeals are not released until mid-October, up to six weeks after the college year starts.

This year UCD introduced a September 30th deadline for admissions. A small number of institutes of technology are also understood to have introduced the same time limit.

UCD is strongly of the view that students should not join classes after the semester has begun given the demands of trying to catch up.

Mr Bruton said: “It is in both of our interests to resolve this. We need to ensure the processes of the CAO are fully respected and the SEC’s procedures are duly recognised. So we need to look at both how we can contract a period of time [for appeals] and see what changes can be made in the colleges to ensure that students who successfully appeal aren’t disadvantaged.”

Rebecca Carter, meanwhile, is set to find out on Friday the results of her appeal.

While she maintains her results were totted up incorrectly, this will only be confirmed following the official examination of her appeal by the SEC.

On Thursday, Ms Carter’s mother said she was very proud of her daughter and that the family had taken a big chance in pursuing a legal case.

Annmarie Carter said the family had to think long and hard before making the decision to take the case, as it could have had serious financial implications for them.

“We’re just a normal family, it’s not that we had the means,” she told her local South East radio.

“We sought legal advice and they said to us ‘you have a very strong case for Rebecca, this can go either way. You can win your case and the respondent will pay court fees, you can lose your case and there are serious implications of fees involved.’ ”

Rebecca herself explained that last year she came up 12 points short for the course of her dreams, while this year she had come up just six points short in the first round offers and just a single point short in the second round of CAO offers.

She said she hoped her case would change the appeals process to ensure other students do not have to go through what she did.

“Hopefully they will take those recommendations on board so no other student will have to go through what I did, he warned them that he doesn’t want to see them there next year with the same case,” she said.

Fianna Fáil, however, says the fact that students are waiting so long for the results of their appeals is a sign that the “system is failing” due to underesouring,

Party deputy leader Dara Calleary claimed in the Dáil on Thursday that there was a “major resource issue in terms of recruiting examiners” and that 1,700 examiners corrected 390,000 papers in 54 days. “With that kind of pressure mistakes will be made,” he said.