Beyond the course – what else should you consider when choosing a college?

If you are undecided about what course to take, the campus environment can sometimes be the deciding factor 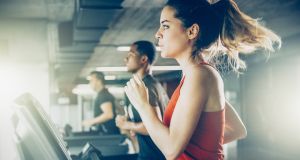 They gym is often the first port of call for students checking out a college’s sports facilities. Photograph: iStockphoto/Getty Images

Careers and courses, courses and careers: open days have a clear focus. In the lead-up, students will be advised to take to Qualifax and CareersPortal to explore their options. Afterwards, they will be told to delve deeper into the content of different courses.

It’s good advice. But it’s not the only factor that students should consider in choosing a course: they will spend at least three years in third level, so it’s important to choose a college and a city or town they feel comfortable in, as well as one where they can pursue their hobbies and interests.

Caitriona MacNamara is an independent careers adviser based in Galway. “Clubs and societies are not the biggest priority for most students. At the open days themselves, the focus is primarily – although not exclusively - on the academic side. That said, students can and do think beyond course content. I have known students who decide that they want to go to UCC, for instance, because they love the look and feel of the campus.”

If a student is torn between two fairly similar courses, the campus environment can be a deciding factor. Is it located, as with NUI Galway and Trinity College, in the middle of the city and in the heart of the action? Or is it, like UL and UCD, a bus journey out of town? Is the campus large and sprawling or is it, like Maynooth University or a fee-paying college like Griffith, smaller and more intimate?

For students interested in sport, MacNamara says that they should make sure to check out the facilities. Is there a gym? What sports clubs are there? Is there soccer and GAA grounds as well as spaces for other sports? If they’re passionate about GAA, for instance, DCU has outstanding facilities and has been a nursery for many of the players on Dublin’s hugely successful team.

Getting involved in clubs and societies is not just a way to meet new friends and have a better college experience; speaking a little cynically, it is increasingly important to your future employment prospects. “Every time someone comes to see me, one of the first questions I ask them is about their hobbies and interests,” says MacNamara. “If an employer has two CVs in front of them, both with 2:1 honours degrees, but only one has been involved in clubs and societies and developed their teamwork, communication and organisation skills as a result, that person has the edge.”

Indeed, in an age where technology is making certain jobs obsolete and today’s secondary school students could be working in jobs that don’t even exist yet, employers increasingly value these so-called “soft skills” that can enable workers to thrive in a variety of roles.

Clubs and societies also offer an opportunity to learn new skills. “If, for instance, a student is interested in music but not sure if they want to pursue it academically, it is nonetheless a good idea to consider a college with a good music faculty as there will be lots of students involved in music and probably various music societies they can get involved in. If they’re interested in drama, they can cut their chops in the drama society. Budding journalists can learn a lot in the college newspapers.”

For all of this, MacNamara says that it is important for students to be prepared when they go to an open day, with some idea of the stands they would like to visit and some of the other information they would like about the college, including the clubs and societies, the campus facilities and the overall atmosphere. Getting a real feel for student life can be difficult during the somewhat artificial set-up of an open day so it’s always a good idea, where possible, to come back during a normal college day.

MacNamara has one last piece of advice: “After the open day, considering going back on a normal college day to have a look around. It’s a good idea to check out when there are open days or evenings for particular subjects which can give you a further opportunity to explore the campus.”

Panel One: A break from the norm: Unusual student clubs and societies

But alongside these, there are some more unusual interests students can pursue including sports like capoeira, trampoline, snow sports, ultimate frisbee and climbing. American football is also increasingly being played on Irish college campuses.

James Alkayed is chair of the UCD societies council. “College is all about getting involved and becoming active in anything and everything. We have over 85 recognised societies here and some of the most successful are quite specialised. The Food Society is all about eating and enjoying food and proved to be wildly popular. There’s also a TV society and a Harry Potter society (indeed, Harry Potter societies have popped up in many colleges in recent years). Students are drawn to these societies out of genuine interest and so they can become part of a community. Societies and clubs provide the chance to do things you may not have done before.”

Panel: Where to? City guide to college life

Location is an important factor in your college choice. For many students, financial circumstances do limit their choice: they’re going to the nearest third-level and that’s that. But some do have a choice.

Dublin: The big smoke and home to UCD, Trinity DCU, DIT and a host of smaller colleges including Griffith. A hub for nightlife and pubs as well as good restaurants and plenty of cheap eats, it’s a city where there’s usually something to do every night of the week. On the downside, it’s more expensive, it can be hard to find somewhere to live, and aspects of its urban planning leave a lot to be desired.

Maynooth: Not too far from Dublin, this is Ireland’s only real university town – don’t mind Galway’s protestations – and there’s a student buzz around its cafes and bars. On the downside, that doesn’t afford much anonymity for people who want out of that small-town environment.

Cork: UCC’s pretty campus and CIT’s several campuses are found here. Cork has earned its stripes as a vibrant and exciting city and businesses do target the student market, although it can be particularly wet and is prone to flooding. The city is also a good base for exploring some of the most picturesque spots in Ireland including Cobh and Kinsale.

Galway: Small, compact and heavily influenced by its student population, this city is alight with arts and culture, a brilliant music scene and a thriving Irish language community. There’s always something to do. But it’s wet. Very wet. And there are a lot of hippies and hipsters which can be grating for some.

Limerick: Host to UL, LIR and Mary I, this is a city full of students. UL is a little outside of town but is a beautiful campus with good facilities. The city itself is a hive of student activity with plenty of student-friendly venues, including Dolan’s for live music.

Waterford: Home to WIT and a city with a rich history and cultural life. Local business and life was badly affected by the recession and it is only slowly recovering. There is a relatively good amount of sunshine as well and nearby beaches and mountains to escape to.