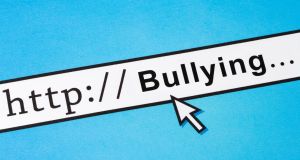 The bullying of schoolgirl Ana Kriégel has turned a spotlight on how schools handle harassment involving pupils in a world of social media and smartphones.

The trial of two boys found guilty of her murder heard that Ana was bullied online over a prolonged period, with most of the key incidents happening outside the school.

The secondary school in question – which cannot be named for legal reasons – has declined to comment. However, it is understood it advised parents of supports available before, during and after the trial. It also encouraged parents to contact the school if concerned about their child.

The court heard that during the summer after sixth class, Ana was bullied online by third-year students who sent her sexually suggestive messages.

Much of the bullying focused on her height. The bullies also mocked the fact she was adopted, telling her she had a “fake Mam and Dad”.

Ana’s parents took screenshots of some of the messages and showed them to the school. At one point it was discovered Ana had set up fake social media accounts which she was using to send bullying messages to herself.

The bullying was not all online by any means. The court heard that Ana came home to her parents terrified after being sexually harassed by a group of four boys.

Her mother told the court that one boy asked her repeatedly for sex before hitting her on the backside. A complaint was made to gardaí and the boy received a caution.

Studies indicate that bullying in schools is widespread, with significant numbers of pupils taunted about their weight or appearance.

One recent study by Dublin City University sought responses from more than 400 students in three secondary schools in the Dublin area, including an all-girls Catholic school, an all-boys Catholic school and a co-educational community college. It found that bullying and threats were common with a third of participants reporting that they had been on the receiving end of this type of behaviour.

The Department of Education compiled a comprehensive guide for schools to tackle bullying in 2013, and each school is required to have its own policy in place. Boards of management are required to make this policy available to parents, ideally on the school website or “readily accessible on request”.

If a school or teacher finds that bullying has occurred, they are advised to contact the parents of all parties and set out the actions the school is taking in accordance with its policy.

If a child is being bullied, the teacher is first asked to calmly investigate and to try to restore the relationship between the two parties. Ideally, they should bring the two children together, if the bullied child agrees.

Some education sources, however, say that anti-bullying policies are too often dealt with as peripheral rather than central issues.

Dr Geoffrey Shannon, the State’s special rapporteur on child protection, says a clear legislative framework should be introduced compelling schools to have a strong disciplinary code for tackling bullying.

Traditionally bullying, he said, stopped when the child left the school yard. However, digital technology means it can now follow children home, which requires a more collaborative response that involves schools, students and parents.

The most effective means of preventing bullying may be to adopt a whole-school approach.

“This would encompass school policies in areas such as anti-bullying initiatives, codes of behaviour and the use of social media as an educational tool, as well as the involvement of parents,” Dr Shannon said on Wednesday.

“One idea, he said, is that each school should have a designated digital champion to deal with online issues.

“Education programmes are also vital for children – using role-play or workshops – to boost responsible and empathetic use of social media.”

He also said there needed to be a partnership approach between parents and schools which involves ensuring that mothers and fathers understand the complexities of the online world.

Dr Shannon, who is involved in drafting guidelines on cybercrime – involving cyberbullying and harassment – for the EU Fundamental Rights Agency and the Council of Europe – said Irish laws need to be updated.

There is Irish legislation pending, he said, which aims to update our laws to deal with cyberbullying and cyberharassment.

“We need to ensure our laws are fit for purpose and adequately respond to changes in technology,” he said. “The internet is the new child protection frontier.”