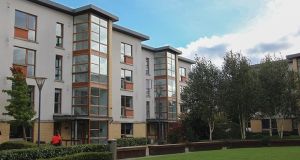 Shanowen Square, privately owned student accommodation near DCU, announced a rent increase of 27 per cent for the 2018-2019 academic year.

Correspondence from the IUA to Minister for Housing Eoghan Murphy, calling for an exemption for universities, has been seen by The Irish Times.

Until now, purpose-built student accommodation has been governed by licensing agreements with students rather than a traditional lease contract. This means student accommodation is not covered by 4 per cent rent increase caps in designated pressure zones, and students cannot take disputes to the Residential Tenancies Board (RTB).

Prices in privately owned student housing developments and college-run accommodation has increased significantly in recent years, above 4 per cent annually in many cases.

The Residential Tenancies (Amendment) Act 2019 will bring student accommodation in line with most regulations for regular tenancy contracts.

Prior to the enactment of the legislation, Jim Miley, IUA director general, wrote to Mr Murphy, and Minister of State for higher education Mary Mitchell O’Connor, on behalf of the seven Irish universities.

Writing last March, Mr Miley said plans to include university-owned student housing in the measures would “fundamentally alter” the current financial models, and set back the pipeline of planned campus housing developments.

Requirements to register current student licensees as tenants with the RTB would create a “significant administrative overhead and cost which will ultimately have to be borne by students in the form of increased rents”, Mr Miley said.

There was “absolutely no evidence of rental price gouging” by colleges, compared to private purpose-built student accommodation, he said.

In a second letter on May 9th, Mr Miley said measures to allow students take disputes to the RTB would have “unintended consequences” for campus safety.

In cases where a student commits a serious sexual assault, “universities currently have the right, under the terms of the licence, to relocate the students involved to different accommodation blocks”, pending statutory investigations, Mr Miley said.

“This approach provides effective protection to the alleged victim and indeed to the wider student body,” the letter said.

If a student could delay being relocated to another housing block by appealing to the RTB, or hold up the college enforcing its disciplinary code, they would be “potentially putting others including those in residences at risk”, Mr Miley said.

The legislation would also interfere with current practices where universities rent out rooms during the summer to groups such as foreign language students.

Rent generated over the summer helped to subsidise the cost of campus housing, Mr Miley said.

The new measures “will greatly limit [universities’] capacity to provide such short-term rentals and could ultimately lead to higher rents for students during the semester”, he said.

A Department of Education spokesman said the submission would lead to students in on-campus accommodation being treated differently from those in privately owned student housing.

Ms Mitchell O’Connor “was insistent that all students must benefit equally from the new legislative measures. The decision was taken to include university-owned student accommodation in the legislation,” the spokesman said.