Who is Martin Foley, aka the Viper?

‘Notorious criminal’ Foley has survived five attempts on his life 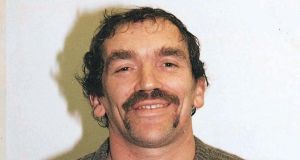 File photograph from 2000 of Martin “the Viper” Foley. Photograph:Collins

Martin Foley, a father of three known as The Viper, is back in the news.

This time a brother of bankrupt developer Seán Dunne has been awarded €10,000 by a High Court judge over intimidation of him and his family by a “debt collection agency” run by Foley.

He was described by the judge on Friday as a “notorious criminal”.

Foley has survived five attempts on his life and has been wounded a total of 14 times.

The 66-year-old Dubliner is a one-time member of the crime gang headed by Martin Cahill, also known as The General. He has been targeted by the Criminal Assets Bureau and his name, The Viper, was given to him by the media.

In more recent years he has taken ownership of the moniker and, literally, traded off. When he set up a business as a debt collector ‘The Viper’ was emblazoned as the logo on his company van.

With an imposing physical presence and his trademark handlebar moustache, nobody he calls upon could be left in any doubt about who is on their doorstep demanding they settle their debts.

He last sprang to the public’s attention two years ago when he was arrested at a jewellers in Dublin city centre after a row erupted over an item he had given the shop to to sell. It ended with Foley being subdued by security staff and the Garda called to arrest him.

The most recent effort to kill him was in January 2008 when he was shot and wounded outside a gym in Dublin 12.

Foley married again three years ago, his wife is almost 30 years his junior. And he became a father about a year after his wedding in the Canaries. His first wife died in 2003.

He has been served with a near €1 million demand for unpaid taxes from Revenue and has more than 40 convictions.

Originally from Derry, Foley was one of five children whose parents moved south and settled in the Dublin suburb of Crumlin, where he still lives.

While he served his time as a tyre fitter, he was regarded as a rough diamond and ladies’ man who built a reputation as a capable street fighter in his teens. He was feared by his peers in Dublin in the 1960s.

The first of his 40 convictions was recorded when Foley was aged 16 years. He was given the Probation Act for being drunk and disorderly. At the age of 17 years he was convicted of larceny and receiving stolen goods.

His first contact with Martin Cahill was when Cahill’s family were transferred to a new council house on Captain’s Road in Crumlin when Cahill was 11 years old and Foley two years younger.

It was around this time that their friendship began. It endured until shortly before Cahill’s murder, probably at the hands of the Provisional IRA, in 1994.

As the early days of the Troubles stretched Garda resources to the limit, Cahill’s gang - including Foley as enforcer and armed robber - blazed a trail for cash-in-transit and bank robberies. They also stole art and did jewellery heists, as well as hitting company payrolls and factories containing cash or any resalable commodity.

More than £90,000 was stolen in a 1974 raid on a van delivering money to a supermarket in Rathfarnham, in south Dublin.

In 1982 John Traynor, a close associate of the criminal John Gilligan, supplied information to the Cahill gang on the O’Connor’s jewellery manufacturing facility in Harold’s Cross, in south Dublin. In the summer of the following year Foley and Cahill were the key figures in a 10-man gang that stole more than £2 million in jewels after taking staff hostage at gunpoint.

The scale of the theft was staggering at the time, and helped make the gang one of the Garda’s top priorities.

In 1984, when the Concerned Parents Against Drugs group wrongly blamed Foley and his associates of dealing drugs, Martin Cahill established the Concerned Criminal Action Committee. Led by Foley, it marched on the homes of members of the parents’ group. Eventually a truce was called between the two groups, after Foley was sent to negotiate with the parents’ group, which had been infiltrated by republican elements.

In March 1984 Foley was abducted from his house by an IRA gang. He was beaten, handcuffed and tied, and bundled into the back of a van.

A witness telephoned the Garda, which followed the van. A shoot-out ensued between the gardaí and the gang, climaxing in the Phoenix Park, where Foley was freed.

He later gave incriminating evidence to the Garda about his abductors, who were convicted despite Foley withdrawing his evidence.

When Paddy Shanahan, a middle-class criminal from Co Kildare, came to the Cahill gang in 1986 with the idea of stealing Dutch masters paintings, owned by Sir Alfred Beit, from Russborough House, in Co Wicklow, it was Foley he approached.

In December 1987 the Garda put seven of the Cahill gang under intense overt surveillance, to frustrate their work.

The Garda’s Tango Squad, as it became known, would camp outside their houses and stop and search them on the street, sometimes repeatedly within a few hundred metres.

The operation attracted much media attention. The RTÉ journalist Brendan O’Brien, of the Today Tonight programme, doorstepped Cahill as he walked out of a labour exchange and asked him about the Beit paintings.

In this well-known interview Cahill replied that he was working as a private detective on the case and was “on standby with Martin Foley to get those paintings back”.

Within weeks of the Tango Squad putting him under close surveillance Foley had assaulted two gardaí. One he knocked out with a punch that broke his jaw; the other he threatened with a loaded crossbow.

Now 36 years old and the father of two girls, Foley had 31 convictions, many for traffic offences, but also for receiving stolen property, obstructing gardaí, possession of house-breaking implements, assaulting a garda, and possession of an offensive weapon.

He was jailed for two years for breaking the garda’s jaw, a trial he had to be extradited from the UK for, after he fled there. He was put on trial at the Special Criminal Court, which has no jury and is reserved for serious gangland figures and subversives - both categories regarded as posing a high risk of threatening and intimidating juries.

In Portloaise Prison Foley shared a cell with Séamus “Shavo” Hogan, who was attacked in jail on the orders of Martin Cahill, who suspected he was an informer.

The attack drove a wedge between Foley and Cahill, and their relationship never recovered. Cahill was shot dead in August 1994. Paddy Shanahan was shot dead two months later. There is no suggestion that Foley was involved in either crimes.

In December 1995 Foley himself was shot as he got into his car in the Fatima Mansions complex in Rialto, in Dublin. He was wounded in the arm and stomach but survived. In 1996 Foley was shot at again, sustaining wounds in the back and on one of his fingers.

It appears that, on this occasion, John Gilligan believed that Foley had been spreading rumours in the underworld, picked up by the IRA, that Gilligan was dealing heroin. He ordered the hit on Foley.

Foley would later take an unsuccessful legal challenge against a newspaper report that had suggested he was dealing in cannabis from the mid 1990s.

In September 2000 there was another attempt on his life. He was ambushed after leaving the swimming pool of Terenure College and shot in the ankle. The bullet travelled up his leg and exited at his kneecap.

Around the same time he was presented with a bill for almost IR£160,000 for unpaid taxes and bogus social welfare claims by the Criminal Assets Bureau (Cab).

The following June, when a stolen vehicle rammed the door of Russborough House and a gang of criminals stole paintings value at about £2.5 million, Foley and Shavo Hogan were the chief suspects.

Hogan was shot dead the following month, outside the Transport Club in Crumlin, while on his way there for a drink with his wife.

The Russborough House paintings were later recovered, and a number of people were jailed for their role in the robbery. Foley was not among them.

Foley’s wife Pauline died from cancer in 2003. When the Sunday World photographed him at the funeral with his daughters, a dispute between Foley and the newspaper began. When a hoax explosive device was found under one journalist’s car Foley was the chief suspect. He was arrested but never charged.

He would later go to the High Court, unsuccessfully seeking orders to prevent media coverage of him suggesting that he was an informer and that he was paying protection money to the IRA to allow him to deal cannabis. He said that this was untrue and that it put his life at risk.

Foley became involved in localised feuding in the Crumlin area over the Terenure College hit in 2000. That resulted in another attempt on his life, in January 2008, when he was shot and wounded several times outside the Carlisle Health & Fitness Club in Kimmage, south Dublin.

Again he survived. The men behind the attack were involved in a separate gun feud, which has since run its course because the main players are either all dead or in prison. Foley has kept a lower profile since then.

He opened a debt-collection agency using his Viper nickname - which he originally earned because of the fang-like shape of his old handlebar moustache.

There were allegations that he was threatening people menacingly when collecting debts on behalf of others. The business would later close though it appears he has continued in that work.