UL researchers use maths in fight against online child abuse 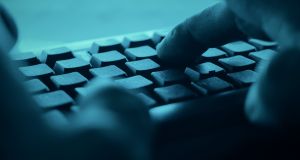 In Ireland, there is a backlog of more than two years in examining devices suspected to contain abuse imagery. Photograph: iStock

The academics from University of Limerick (UL) teamed up with the Brazilian Federal Police to examine the most efficient way of causing “maximum damage” to online forums sharing child abuse material through the arrest of key members.

The approach involves using the science of network analysis to determine the most active members – or “nodes”– of the group and focusing investigative resources on them. Because so much of the group activity flows through these members, their targeted removal could bring the whole group down.

Online child abuse investigations are notoriously resource intensive, especially when the material is shared on the so-called “dark web” which affords users a large degree of anonymity.

In Ireland, there is a backlog of up to 2½ years in examining devices suspected to contain abuse imagery. It takes an average of nearly five years for a case to progress from arrest to sentencing.

The UL team became involved after Brazilian police carried out an investigation into one of the largest child abuse forums on the dark net which had about 10,000 members.

The operation, which was carried out between 2014 and 2016, resulted in the identification and arrest of 182 forum members across several countries. Of these, 170 were responsible for sharing illegal content with others. The operation also led to the rescue of six children who were being abused.

UL mathematicians were then asked to analyse how the Brazilian police selected targets for arrest and found there was room for significant improvement.

“In the last decade or so, it has been applied to terrorist networks,” said one of the researchers, Dr Pádraig MacCarron.

“Often you want to find someone who is quite central. They might not talk to a lot of people but information going through the network crosses that person. In a terrorist network they would be the most important person.”

However, this would not work for the online network targeted by the Brazilian police. That network was “much more dense – as in there were more connections between users than normal – making it more difficult to break down using traditional network methods,” said Dr MacCarron.

It also had no identifiable hierarchy. Users did not communicate with each other; they just uploaded material which was viewed by others.

Despite these difficulties, the Brazilians did commendable work. Due to resource and time constraints, just 2 per cent of network users were arrested. But those arrested were responsible for a huge amount of the activity on the forum.

However, on further analysis the UL researchers found the effect of these arrests on the network was only slightly better than if the arrestees were selected at random.

The operation reduced posts on the network by 58 per cent. If the police had targeted their resources more scientifically, they could have reduced posts by 92 per cent.

“Resources are limited. You can’t arrest everyone. It’s about figuring out what the maximum damage you can do when you can arrest only a small number of people,” said Dr MacCarron.

It is not the first time UL researchers have used network analysis to fight crime. It is also being used in the Greentown project in conjunction with gardaí to identify gang membership and how young people are being groomed for criminal activity.