Collapsed Dublin tech firm owes money to UNHCR, Save The Children UK and others 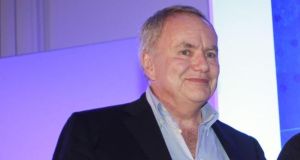 Two of the world’s best-known charities – the UN refugee agency UNHCR and Save the Children UK – are owed more than €500,000 by the collapsed Dublin online charity donation platform Ammado.

UNHCR said that it was still reviewing funds raised by Pembroke Dynamic Internet Services, the platform’s Irish technology company put into liquidation last week, but that initial estimates show that it is missing a single corporate donation of $500,000 (€402,000).

“We are currently reviewing all remittances and fundraising activity on the platform,” said a spokesman for the United Nations agency.

“We will be using our best endeavours to ensure all outstanding monies are recovered,” it said.

The High Court heard this week that Pembroke failed to pass on €3.8 million collected online for charities and that the company’s liquidator believes that this money was misappropriated for the company’s day-to-day operations and for the personal use of Pembroke’s managing director Peter Conlon.

Mr Conlon (63), a technology entrepreneur, was arrested by the Swiss authorities at Zurich Airport on December 22nd last and has been remanded in custody since then on suspicion of embezzlement.

Calls to the Co Leitrim businessman’s lawyer in Switzerland, where Mr Conlon has been living in recent years, were not returned yesterday.

The UNHCR spokesman said that the agency, which raised €800,000 through Ammado in 2015 and 2016, had to contact the company on many occasions about the unpaid $500,000 corporate donation.

“We were given assurances that there were just technicalities that needed to be overcome. These discussions continued in 2017,” he said.

The agency advised its national offices to stop taking funds from Ammado last year because of the delays in being paid.

Zurich’s office of public prosecutions is carrying out a criminal investigation into Ammado after the International Federation of the Red Cross made a complaint in September 2017 over the failure to pass on €1.6 million donated to the charity via the platform.

The Red Cross raised €9.5 million through Ammado between 2012 and 2016 but warned its national charities to stop using the Dublin company in April 2017 after it failed to make a scheduled payment.

“Have we moved all registrations etc into AT,” he wrote in an email in early November. “The Revenue are really pushing it.”

Save the Children Switzerland told a Swiss newspaper that it was warned about Ammado and stopped working with the platform, losing only a small amount of money.

“But when it comes to trust, the damage is serious,” said spokesman Andreas Stauffer.

Ammado made headlines in Switzerland in November 2017 when a consumer programme on Swiss public radio broadcast a report about the platform’s failure to pay 9,000 Swiss francs (€8,000) raised by a marathon runner to a charity for sick children.

Mr Conlon denied that Ammado had any financial problems in an interview with the programme. He said that the company was in fact expanding in London and seeking 15 new employees.

The platform made money by deducting a 5 per cent fee from the charitable money raised. The donations were also subject to a 2.5 per cent bank processing charge.