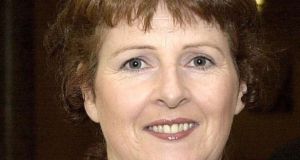 The daughter of Irene White, who was murdered at her home in Dundalk in 2005, has paid tribute to her “amazing” mother.

Speaking to RTÉ’s Prime Time on Thursday, Ms White’s daughter Jennifer McBride said she was glad she read out an impact statement outside the Central Criminal Court on Monday detailing the effect the murder had had on her family.

“It [reading the statement] was a whirlwind of emotions and it was a long time coming but it was a blur. It was a struggle to remain strong and deliver my victim impact statement but I’m glad I did it,” Ms McBride said.

At the Central Criminal Court on Monday, Anthony Lambe (35), from Annadrumman, Castleblayney, Co Monaghan, was jailed for life for carrying out the murder of Ms White. He had agreed to murder the mother-of-three in exchange for a fee.

He was addicted to alcohol and other drugs at the time of the killing. He later left Ireland for Australia, where he confided in a woman what he had done.

Niall Power (45), with an address at Gyles Quay, Riverstown, Dundalk, Co Louth, appeared before Dundalk District Court on Thursday morning in relation to the case. He was charged with a single count of murder.

A third man is also under investigation in relation to the case.

Ms McBride said: “There was a lot of information giving at the court on Monday that we previously wouldn’t have known so it was a lot to take in and process.

“A lot of questions we needed answers for, so we now have better knowledge of what happened that day.”

“She was an amazing woman. She was very gentle, kind, caring and she would always try and encourage and nurture you. She always wanted to see the best for you. She had many, many friends and a zest for life. Overall, a genuinely lovely person,” she said.

She described getting home and seeing camera crews and gardaí outside the house.

“I got inside the house and seen my nanny. That’s when the walls came crashing down,” she said.

Ms McBride’s grandmother lived with the family and had discovered her daughter’s body.

“She was going about her normal day and routine and then she came across my mother,” she said.

“I don’t think she ever really came to terms with what she had seen. It affected her every time she closed her eyes; that scene is all she would see. I believe she passed on because of a broken heart,” she said.

Ms McBride said she and her family never went back to the house where her mother was murdered and it had been demolished recently.

She paid tribute to gardaí in Dundalk, and for what she described as their tireless work in helping to bring her mother’s killer to justice.