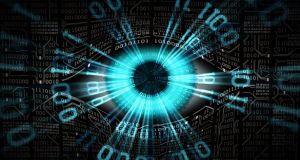 The State’s intelligence and security agencies, including An Garda Síochána, have refused to disclose details of their co-operation with agencies in other countries, following requests by a network of civil liberties groups.

Ten members of the International Network of Civil Liberties Organizations (INCLO), including the Irish Council for Civil Liberties (ICCL), launched a global campaign a year ago asking governments to provide information about the current agreements intelligence service agencies have with other countries.

In a report published on Monday, entitled Unanswered Questions – International Intelligence Sharing, the organisation said its attempt to shed more light on a practice largely shielded from accountability was met with “inconclusive results”.

The report said the lack of explicit legislative regulation of co-operation with other intelligence services, or publicly available information regarding any internal documents, regulations or guidelines governing such co-operation in countries including Argentina, Hungary, Israel and Ireland was “deeply troubling”.

It said An Garda Síochána refused the request arguing that it was subject to the FOI Act only in relation to “administrative records relating to human resources, finances, or procurement matters”.

The Department of Defence also refused saying the information requested could not be disclosed on security grounds.

The Department of Justice said it had done “a thorough search” on foot of the request and that one record had been identified. Its release was refused because it concerned “matters that may prejudice or impair the prevention, detection or investigation of offences”.

In a response to civil liberties campaigners in April, the private secretary to Minister for Justice Charlie Flanagan said that for security reasons, it was not the practice to publicly comment on the detail of counter-terrorism arrangements.

“It should be noted that our history on this island means that regrettably we have been engaged in counter-terrorism work for decades and the arrangements currently in place have served the Irish people well in countering threats to the security of the State. The gardaí and Defence Forces have a long and proud record in protecting and defending the State from a sustained terrorist threat over many years,” the response said.

The civil liberties network said its international requests were ongoing, but that agencies had “tended to delay, reject, or not respond at all”.

“The lack of clarity raises concerns about violations that could interfere with people’s rights to privacy, access to information, freedom of expression and freedom of association,” it said.

“Despite the uproar over [Edward] Snowden’s revelations of vast and secretive networks seriously affecting our individual freedoms, there is still no public access to agreements governing intelligence sharing anywhere in the world. Today, the only agreements that are public are historical artefacts or those leaked by whistleblowers.”

The network said its research had found there were insufficient domestic laws that govern intelligence sharing partnerships and the way in which agencies operate.

“Moreover, there is insufficient oversight, review, and a lack of transparency to the existing agreements.”

It said adequate laws, oversight and transparency were “the minimal requirements to preserve democracy and the rule of law”.

Elizabeth Farries of the ICCL, who co-wrote the report with Eric King, said that by continuing to shroud the intelligence-sharing arrangements in secrecy, governments had removed the public’s ability to challenge their actions.

“Our right to know the structure, content and oversight of intelligence-sharing agreements is vital because of the serious implications they have for our fundamental human rights, like the right to privacy or freedom of expression,”she said.