Slight increase in number of Catholics applying to join PSNI

Almost 7,000 people apply to police force with 31 per cent from Catholic background 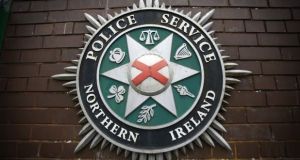 Sinn Féin and the SDLP have called for the 50:50 Catholic:Protestant recruitment model in the PSNI. Photograph: Paul McErlane/EPA

The PSNI campaign to recruit 600 new officers has prompted a marginal increase in the number of Catholics applying to join the force. The number of women applying has increased by close to three per cent.

The recruitment campaign, the first one to be publicly supported by Sinn Féin, attracted close to 7,000 applicants – an increase of more than 700 compared to the numbers applying two years ago, according to figures from the PSNI published on Wednesday.

Of the 6,961 applicants applying, 2,158 are from a Catholic background, an increase of 223 from the 2018 recruitment campaign. In percentage terms the number of Catholics applying was the same over the two campaigns – 31 per cent.

Currently the number of Catholics in the PSNI stands at 32 per cent. Sinn Féin and the SDLP have called for the 50:50 Catholic:Protestant recruitment model which ran for a decade until 2011 to be reinstated. That demand has been resisted by unionist politicians.

In a tweet, Sinn Féin’s policing spokesman Gerry Kelly said “an accountable police service needs to be representative of the whole community it serves and representative in all grades and ranks also”.

“The decision to abandon 50/50 recruitment was both political and wrong,” he added.

Mr Kelly, along with Sinn Féin Deputy First Minister Michelle O’Neill, attended the launch of the recruitment campaign at the PSNI Garnerville training centre earlier this month. It was the first time Sinn Féin politicians attended such an event, a move that was described by the PSNI chief constable Simon Byrne as “seismic” and “historic”.

“I am encouraged to see the number of people who have shown an interest in a career in the police service from across all sections of the community,” he said.

It is expected that successful applicants will begin training from Autumn 2020.

1 Coronavirus: More ‘striking’ evidence BCG vaccine might protect against Covid-19
2 Coronavirus: 25 more people die in the Republic; New Garda powers come into force
3 This time, the future of the euro really is at stake
4 Coronavirus Q&A: What new powers have the gardaí been given?
5 Coronavirus: Dubliner recalls poignant farewell to brother
Real news has value SUBSCRIBE