Report says 3,500 child sexual abuse cases should be investigated or prosecuted a year 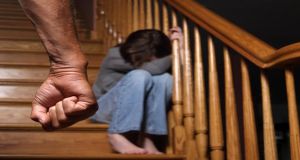 Figures for Ireland had to be gleaned from five separate “data sets” on child victims. File photograph: Getty Images

Ireland should be investigating or prosecuting 3,500 child sex abuse cases every year, the European Commission’s co-ordinator for the Rights of the Child will tell a conference in Dublin on Monday.

Margaret Tuite says a recent study by the commission found that Ireland recorded just 22 convictions for child sex abuse “over a given year”, and that a lack of reliable data is disguising the scale of the problem.

An EU directive to protect crime victims has yet to be fully implemented in the State, more than two years after a deadline to impose it, the conference will further hear.

“Violence against children remains hidden and unreported,” Ms Tuite will tell the conference on child crime victims, co-hosted by the Irish Council for Civil Liberties, the Bar Council and the Law Society.

The commission has carried out a study on children’s involvement in criminal, civil and judicial proceedings in 28 countries across the EU.

Figures for Ireland had to be gleaned from five separate “data sets” on child victims, which showed “22 convictions recorded for a given year over the five data sets”, Ms Tuite says.

Citing other European countries with more reliable figures, she says this indicates “that for Ireland about 3,500 child sexual abuse cases should be investigated or prosecuted per year, with its child population of 1.1 million.”

A World Health Organisation report in 2013 estimated 90 per cent of abuse against children goes undetected.

“No data, no problem,” Ms Tuite says, urging better records to inform decision-making “and help us to learn”.

Barrister Maria McDonald, a founding member of the Victims’ Rights Alliance, will raise the Government’s failure to fully implement a 2012 European Commission directive on the rights, support and protection of crime victims.

Much of its provisions were enshrined into Irish law only last year, despite a 2015 deadline for its implementation.

However, key provisions remain outstanding. These include the creation of a Victims’ Ombudsman, and guidelines for intermediaries, specially trained experts who can explain questions asked by barristers and help clarify answers from vulnerable victims, such as young child sex abuse victims.

Ahead of the conference, Ms McDonald said the lack of a Victims’ Ombudsman meant victims with straightforward complaints about, for example, a garda not providing sentencing dates or particular information about their case have to go through the Garda Ombudsman, which is already struggling to cope with its caseload.

“A victim should not have to engage with a process that is that formal to find out this information,” she said, adding a Victims’ Ombudsman would be able to resolve such issues quickly and simply.

The conference will also explore ways of helping crime victims give evidence in an innovative way.

“Victims can be revictimised within the criminal justice system, and this is why some victims decide not to come forward,” said Ms McDonald. “We should have systems in place to enable a child to give the best evidence that they can, so that they can be supported through that process.

Ellen O’Neill-Stephens, founder of the Seattle-based Courthouse Dogs Foundation, will tell the conference how trained court dogs can help particularly vulnerable victims, such as child sex abuse victims, to testify in court.

“This is because of the calming presence of the dog. A less anxious person is better able to communicate,” she will say.