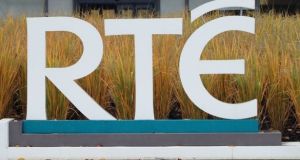 RTÉ was ordered to pay the compensation to Anne Roper, an executive television producer, who was obliged to retire in July 2018 despite requests to continue working for RTÉ for a further 18 months. Photograph: Niall Carson/PA Wire

It is “inevitable” RTÉ will face more discrimination cases on grounds of age following the ruling it must pay a former television producer €100,000 for forcing her to retire at 65, the National Union of Journalists (NUJ) has said.

The State broadcaster was ordered by the Workplace Relations Commission to pay the compensation to Anne Roper, an executive television producer, who was obliged to retire in July 2018 despite requests to continue working for RTÉ for a further 18 months.

RTÉ said it would appeal the ruling to the Labour Court, a move described by NUJ Irish secretary Séamus Dooley as “disappointing”. Mr Dooley said RTÉ had “unintentionally pushed the nuclear button” with the case.

“The combination of this case and the Valerie Cox case means there are a number of people in RTÉ who are no doubt looking from the sidelines to see what is going to happen next, but it is impossible to calculate how many there are,” he said.

In March 2018, RTÉ was ordered to pay €50,000 to Ms Cox who had worked at the station for 21 years before her retirement. The WRC found she had been discriminated against on age grounds when her contract was not renewed after she turned 65.

Mr Dooley said: “I think it’s inevitable that there will be others. Anyone coming up to retirement in RTÉ who wants to continue working will be watching this case. The appeal adds to the unsettlement and uncertainty in RTÉ.”

The current age of eligibility for the State pension is 66, but this is set to increase to 67 from 2021 and to 68 from 2028. Siptu, Ireland’s largest trade union, said it would initiate a campaign in the coming weeks against the proposed age increases.

The Irish Human Rights and Equality Commission previously warned the use of compulsory retirement ages could be a form of discrimination. They are permitted by law, but only if they can be “objectively justified”.

Three employment lawyers who spoke to The Irish Times on Thursday said there had been very significant increases in the numbers of such cases presenting.

Richard Grogan of Richard Grogan & Associates Solicitors said: “Five years ago, the claims you were getting in on age discrimination were solely younger people saying they weren’t considered for a job or promotion.

“It’s completely changed. In the last two or three years there has been a quadrupling of cases nearly year-on-year that are coming through. The number of queries that come in is extremely high.

“People are being forced to retire and are not able to get the State pension. This is putting a large number of lower paid individuals in a very bad financial situation.”

Patrick Walshe, partner and employment law solicitor with law firm Philip Lee, said there was “an overwhelming movement whereby retirement ages are fast becoming a thing of the past”.

“Employment lawyers are seeing more and more challenges to retirement ages,” he said. “My instinct is that we are going to see an incremental whittling away of retirement ages in the coming years, particularly as people live longer.”

Hayes Solicitors head of employment law Breda O’Malley said it has become a “very common issue” and that employers have had to change their approach. “We’re coming into a point where retirement ages aren’t in vogue at all,” she said.

“I’m practising in the area 25 years and I would have had no queries in relation to the area of retirement for the first 20 years, whereas now there is one every other month, which tells you there has been a very significant increase.”

Ms Roper filed her complaint to the WRC in January 2019 claiming the broadcaster had discriminated against her on grounds of age.

The producer had gone from a salary of €100,000 to a pension of €12,000 as a result, which the commission said had a “significant” financial impact.

RTÉ had argued it was necessary for Ms Roper to retire at 65 “to ensure intergenerational fairness and to facilitate the promotion of younger producers”.