Robberies from homes down 60% due to pandemic 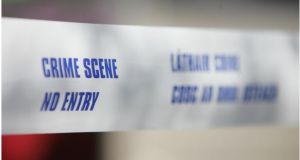 Burglary and property crimes have decreased by up to 60 per cent amid the coronavirus pandemic with most other crime categories also showing significant reductions. Photograph: Bryan O’Brien

Burglary and property crimes have decreased by up to 60 per cent during the coronavirus pandemic with most other crime categories also showing significant reductions.

The figures for April show the pandemic and the lockdown have dramatically altered the criminal landscape and in some cases have reversed categories of crime that were increasing.

April was the first full month when lockdown provisions were in place, allowing for the first complete assessment of the impact coronavirus on crime trends.

The most dramatic reduction was in burglaries, likely the result of most people being forced to stay in their homes except to make essential journeys.

Residential burglaries are 60 per cent lower than they were in April 2019 while burglaries in other premises are down 49 per cent.

However, Garda sources have warned there is likely to be a spike in reported burglaries at business premises as people return to work and discover break-ins.

Other types of property crime such as theft are down 50 per cent compared to April 2019.

“Covid-19 has resulted in a lot of business premises being shut and with more people staying at home, there is a reduction in the number of residences left vacant. As a result, offenders are presented with less opportunity to commit property crime offences,” Garda Commissioner Drew Harris said in his report to the Policing Authority this week.

Crimes against the person

In April, crimes against the person such as assaults and muggings were down 27 per cent compared to 2019.

Crimes against the person had been starting to plateau before the pandemic, after three years of gradual increases.

Gardaí attributed the drop in April to “decreased public mobility” and the closure of establishments selling alcohol.

The number of domestic violence incidents being recorded on the Garda Pulse system is up 25 per cent compared to the same period last year.

There was a 49 per cent reduction in reports of sexual offending in April compared to last year.

This crime category has been rising steadily since 2015 with the rate of increase slowing slightly in the last 12 months.

The Garda warned against over-interpreting the pandemic a major factor in the decease in sexual crime due to the “low volume (compared to other crime) and high monthly fluctuation” in reporting of this crime category.

Sources added that the nature of sexual offending means many instances may not be reported until well after lock-down is lifted.

Criminal damage was down 27 per cent compared to April 2019 while other public order offences were down 16 per cent.

The Commissioner’s report shows the Garda earning a negative red mark, indicating it is off-target, in several key policing areas. These include missing persons and drunk driver testing.

It also earned a red mark in the area of monitoring newly attested gardaí. In March, Mr Harris ordered over 300 Garda recruits to be graduated early to assist in policing the pandemic.