Banjo player from Birr died when he was struck by speeding car in Bedford, UK 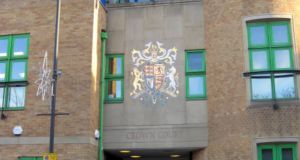 Luton Crown Court: In a defence case statement Carl Lawrence said he tested positive for cocaine at the police station because he took drugs at some point after the collision. Photograph: Getty Images

An Irish banjo player was run over and killed by a hit-and-run driver who had taken cocaine and cannabis, a jury in an English court was told on Monday.

Mr Corrigan was pronounced dead at 2.10pm on February 28th last. He was married with children and lived in Bedford.

At the start of the trial at Luton crown court, prosecutor Isabel Delamare said the main issue of the case was whether he was unfit through drugs.

She said Mr Lawrence did not stop and carried on driving. She alleged he returned to the scene and “tailgated” another car before driving into nearby Kershope Close where he was seen to buy drugs. The car was seen to pause for a few seconds before turning back up Needwood Road.

She said Mr Lawrence had been driving his former partner’s car without her permission. When arrested at her house he told the police: “I think I hit someone. I thought it was a dog. I was about to call and hand myself in.” He tested negative for alcohol but positive for cocaine and cannabis.

The prosecutor said that between 1.17pm and 1.52pm Mr Lawrence had been tested for drugs at the Path to Recovery Centre in Bedford. “A sample of urine taken for drug analysis indicated the presence of cocaine,” she said.

In a defence case statement Mr Lawrence said he tested positive for cocaine at the police station because he took drugs at some point after the collision.