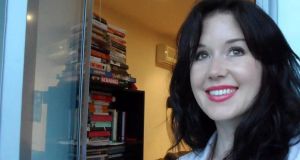 Jill Meagher. Ms Meagher was raped and murdered as she walked home after a night out in Australia in September 2012.

The man who raped and murdered Jill Meagher in 2012, Adrian Ernest Bayley, was injured after an attack in prison in Australia.

Ms Meagher who was originally from Co Louth, was murdered and raped while walking home from a pub in Brunswick, a suburb of Melbourne, in September 2012.

Bayley is serving at least 40 years in prison for the rape and murder of Meagher.

He was found guilty in May 2015 of three more violent rapes and was sentenced to 18 years in jail for those crimes.

It is understood a fight broke out between Bayley and a prisoner called Steven James Hunter, who who is behind the stabbing murders of two young women, at Victoria’s maximum-security Barwon Prison last Friday.

Bayley (47), was treated for minor injuries.

Corrections Victoria confirmed there was an incident between two inmates last Friday.

“A prisoner was taken to hospital following an incident at Barwon Prison on 10 May. The prisoner has since been returned to the prison,” the spokesman said.

“Corrections Victoria takes all assaults very seriously, and refers all allegations of criminal activity to Victoria Police for investigation.”

Victoria Police confirmed it was investigating an assault at the Lara prison.– with The Age