PSNI issue 40 fines over Covid-19 breaches after the event 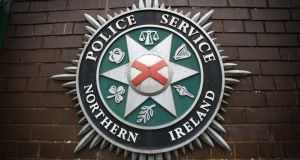 The police in Northern Ireland have issued 40 fines at a house party in south Belfast which breached the coronavirus regulations.

The Police Service of Northern Ireland (PSNI) said that 19 people had locked themselves in a bedroom and refused to come out, and another two people were found hiding in the attic.

Sergeant Stuart Jackson said that just before 12.40am on Wednesday police received a report of a “large, noisy house party” in the Penrose Street area.

“Officers attended a terraced property and located a large number of people inside,” he said.

“At one point, 19 people locked themselves in a bedroom and initially refused to come out. A further two people were found hiding in the attic.

However police returned just after 8.15 am after receiving a further complaint that the party had restarted, and issued a further eight fines.

Sgt Jackson said the “young people congregating or travelling to this area really need to consider their actions for their own health and that of the community of this residential area.”

Police, he said, would now engage with universities and further education providers, “who may consider taking action if any of their students were involved with this party.”

According to the most recent figures, to November 9th, the PSNI has issued 1,983 fines for breaches of the coronavirus regulations since the beginning of the pandemic.

A total of 500 Covid 2 prohibition notices were issued, which included 414 for gatherings in private dwellings and 86 to licenced premises, while 48 people have been fined £1,000 for failing to self-isolate.