PSNI’s handling of BLM protests may have been unlawful, report says 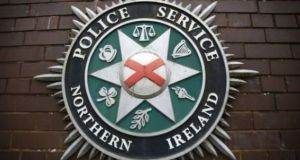 PSNI chief constable Simon Byrne said: “We welcome the report and the scrutiny into the police response. We will now take time to consider its findings and recommendations.”

Northern Ireland’s Policing Board has questioned whether the force’s approach to Black Lives Matter protests was “unlawful”.

CCTV and body-worn videos provided by the PSNI from events in Belfast and Derry on June 6th reflected the absence of any careful consideration of the right to protest, the force’s oversight body said.

The review said it was a “missed opportunity” for officers to show a positive approach to the right to assembly, but acknowledged it was for the courts to assess the lawfulness of their actions.

Policing Board human rights adviser John Wadham’s report said: “The approach sent the wrong message to protesters and damaged the reputation of the PSNI and the confidence of some members of the public.

“Whatever the rights and wrongs of going ahead with the protests and the difficulty of social distancing given the transmission rates for the virus at the time, this approach was not lawful.”

There may be some five applications for judicial review from those involved pending.

Human rights law is supposed to shape the policing of all other laws.

The report said: “None of the police officers in the clips viewed appeared to consider the delicate balance required by the European Convention on Human Rights or the attempts by the protesters to obey the social distancing guidance, and instead seemed to follow the approach dictated by senior officers in advance.”

The review asked whether it was disproportionate to issue fixed-penalty notices to those who expected to be able to social distance themselves or to prosecute organisers who took genuine steps in planning the event to ensure social distancing.

It said a different approach to demonstrations, sparked by the death of George Floyd in the US, was adopted by the Metropolitan Police in London.

“A court is likely to take into account the urgent nature of the protests and any possible alternative ways of assembling that do not involve large crowds or the possibilities of using media to get the message out,” it said.

“On the other hand a court will also want to see evidence that this difficult balancing exercise was carried out by the PSNI and was regularly reviewed during the run up to June 6th and during the event.

“In the absence of this evidence a court might rule that the actions of PSNI were unlawful.”

The issue has been resolved for the future because new regulations have important exemptions and now ban gatherings of more than 30 people, the board added.

“No-one should be left with a criminal record for taking a peaceful, socially-distanced stand against racism.”

The report acknowledged some will point to a significant erosion of civil liberties during the pandemic.

It added: “For example, it has been alleged that the lack of consistency in policing of gatherings: the crowded beaches left alone, the no enforcement in relation to some public political events, but unnecessary enforcement of perceived threats to the status quo and the Black Lives Matter (BLM) protests, people fined or convicted for trying to go about their normal lives and the fact that the pandemic was used as an excuse to introduce spit and bite guards.”

Chief constable Simon Byrne said: “We welcome the report and the scrutiny into the police response.

“We will now take time to consider its findings and recommendations.” – PA