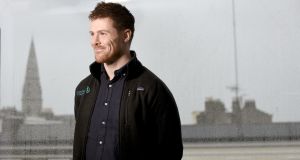 The test is the “gold standard” PCR test, using a lower nasal swab. Customers can order the test from LetsGetChecked and perform the swab at home before returning it to the company. LetsGetChecked will deliver results within 24 to 72 hours of the sample being received by the laboratory, through the customer’s account and the LetsGetChecked app.

The company has been offering the test in the US since it received emergency use authorisation from the FDA at the end of May, and has already performed more than 1.2 million tests for US customers. Earlier this year it raised $71 million (€60.3 million) in a funding round that will support the company’s move into testing for Covid-19.

“When Covid happened we had this big infrastructure in north America that enabled us to provide Covid testing,” said chief executive and founder Peter Foley.

“It was a big win for the company and also great for consumers over there because we were ranked as the most sensitive test in the US from a home perspective for nasal swab. But we are Irish and we care about what’s going on here.

“We’ve been working away in the background to be able to do what we do from a US perspective in Ireland. We felt ethically obliged and morally, to do so. We’re at the point now where we can offer the services to Irish people.”

The test will cost €129 directly from LetsGetChecked. Although PCR tests are available for free from the HSE in Ireland, this will offer another option to people who don’t want to wait for an appointment, or need a test to travel. LetsGetChecked will also work with Irish companies who want to implement a testing programme to protect employees and customers, and keep their workplace Covid-free.

The company is set to open its own lab in December to process the tests, employing between 20 and 30 people initially. It will be the first owned and operated lab that the company has in Europe; it is currently using partners and third-party labs to process tests. Once operational, the lab will have capacity for 5,000 tests per week, but there are plans to expand that further.

It is currently using a third party lab for the Covid-19 tests. The opening of its own lab in Ireland is a strategic step for the company that was planned, but has been accelerated by the crisis.

“I think the circumstances have sped things up a little bit as opposed to driving a decision,” said Mr Foley. “I think we’ve done it in an accelerated way because of Covid.”

Its laboratory in the United States can process up to 50,000 tests per day, with a 48-hour turnaround time for tests from Ireland. At the beginning of the crisis, LetsGetChecked had contacted the then government and health authorities to offer its services, but it came to nothing, with the State ultimately choosing to work only with the National Virus Reference Laboratory in UCD on testing.

Founded in 2015, LetsGetChecked has offered its private at-home screening model to more than 335,000 people in the past five years, with 13,500 infections and diseases detected.

Pricing for its tests, which usually require only a simple prick of the finger, start at about €50.

The company began with sexual health tests, but its current list of tests includes men and women’s health and diagnostics for vitamin levels, thyroid function and cortisol levels. It has continued to offer its standard diagnostic tests to clients during the coronavirus outbreak.