Two women and seven men detained after seizure of cannabis, cocaine and heroin 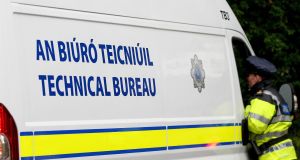 Garda chiefs are confident of bringing charges against a major drug dealing operation in Co Longford following the arrests of nine people.

A financial profiler is liaising with detectives as they continue to question seven men and two women at various Garda stations across Longford and Roscommon.

They were arrested on Wednesday at a number of locations in Longford town during a planned operation involving 60 gardaí and members of the Armed Support Unit.

Those being questioned range in ages from 18 to 55 and can be held for a period of up to 24 hours under Section 4 of the Criminal Justice Act 1984.

The operation followed an 18 month surveillance led operation that concentrated their efforts on “high value targets” involved in the supply and distribution of drugs in the Longford town area.

At a media briefing in Longford, Superintendent Jim Delaney said a quantity of drugs including cannabis, cocaine and heroin had been seized, much of which had been taken from over 50 ‘street transactions’ involving undercover gardaí.

“They (suspects) have been identified through intellegence of being linked to criminal gangs involved in the distribution of controlled drugs in the greater Longford area in particular the urban area of Longford,” he said.

Among those being questioned include a father and son while other members of the group are believed to have close links to the Traveller community.

Supt Delaney added the nine suspects were what he described as “high value targets” in the ongoing fight against organised crime.

Saying he was “confident” charges would follow, Supt Delaney said the operation was significant in terms of ridding drug dealing from the streets of Co Longford.

“We haven’t designated a value,” he said, when asked about the quantity of drugs seized.

“We are talking about street value deals of €20-€30 and it’s the impact of that and public perception of that and how it insults on assaults, public order and street violence.

“What it does show is the huge and strong evidence of the commitment of the Gardaí to enhancing the quality of public life in our community.”

“Full credit has to go the gardaí in bringing this investigation to such a successful conclusion,” said Mr Troy. “What it does demonstrate is the importance of having gardaí in our communities as well as the need for more Garda resources to prevent the scourge of crime and criminality.”

The head of Longford’s Joint Policing Committee (JPC), Cllr Gerry Warnock, said drug dealing - in particular heroin dealing - “has been a cancer on our community for far too long now.

“This latest operation is something that the people of Longford have been waiting on for quite some time and it’s my sincere hope that these valiant efforts produce tangible results in our fight against the dealers who have neither care nor conscience to the damage their criminal activities are causing ordinary decent people.”

Fianna Fáil’s justice spokesman Jim O’Callaghan said the arrests must act as a wakeup call for the Government and for the country on the scale of the threat posed by drugs.

“For too long, the political narrative in this country has presented our drug problem as one affecting the high density centres of our larger cities,” he said.

“The truth is much more insidious and dangerous than that. The truth is that the hardest and most damaging drugs available are poisoning communities the length and breadth of our country - both rural and urban and across all demographics.”