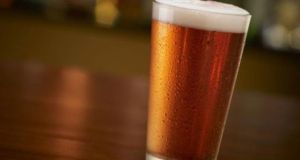 It is alleged that some premises in Killarney openly served alcohol without licences, sometimes until 6am. Photograph: Thinkstock

The Garda Síochána Ombudsman Commission (Gsoc) is set to notify more than 20 members of the force that they are under investigation as part of a major inquiry into alleged systematic flouting of the liquor licensing laws.

The allegations have been made by a member of the Garda who has made a protected disclosure setting out his claims dating from 2012. The Garda member, who is currently on sick leave from the force, has also posted blogs about what he claims happened in Co Kerry for many years.

The garda claimed that some premises in Killarney openly served alcohol without licences, sometimes until 6am. He claimed in 2012 some 30 of the town’s 130 premises did not have liquor licences. He further claimed when alleged licensing breaches were investigated, flaws were deliberately inserted in the investigation files and that some false records were kept.

He also alleged Garda vehicles were used to carry patrons home from some premises and that gardaí received gifts.

He has further alleged, because of the failure of the premises to apply for licences or late licences, significant amounts of money that should have been paid to the State for the licences was lost.

“It is important to mention that the majority of publicans did keep a good house and abided fully with their obligations under licensing laws. There were others however, who it appeared no law applied to,” he wrote.

It emerged in recent months that Gsoc was investigating the claims made in the protected disclosure and had informed the complainant of that last June.

The Irish Times now understands that investigation has progressed to the next stage, and allegations against specific Garda members who were based in the wider Kerry division at the time are now under investigation. Gsoc is examining the conduct of 21 Garda members, some of whom are no longer based in the Kerry division, who are now due to be informed formally by the oversight body that they are being investigated.

No allegations of wrongdoing have been proven against any of the members whose conduct is now being investigated.

When contacted by The Irish Times for comment, neither Gsoc nor Garda Headquarters would make any comment.

The Garda member who has made the protected disclosure worked in Kerry for six years and has claimed when he came forward with his allegations he was ostracised within the force.