Monica Leech ruling is a victory for Irish media 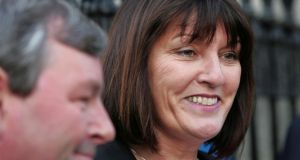 The ruling in the European Court of Human Rights that the enormous €1.25 million award to Monica Leech breached Independent Newspapers’ right to freedom of speech is a win for the Irish media generally, although it does not lead to a reduction in the award given by the Supreme Court in December 2014.

The win arises from the fact that the award, which has come to work as a type of benchmark in libel cases, has now been criticised by the Strasbourg court. It’s upward “pull effect” has been punctured.

The other possible effect of the ruling is that it may, in time, prompt a change in Irish laws regarding directions to juries that have to make decisions about the size of defamation awards.

However, it is unclear to what extent this will occur, because the Strasbourg court’s assessment concerns an Irish regime – which it has criticised as contrary to the European Convention on Human Rights – that was reformed shortly after the Leech case in 2009.

The case was between the Independent group and Ireland. Ms Leech, a public relations executive, was not party to the case. Independent argued that the €1.25 million award decided on by the Supreme Court should be reduced to €175,000.

Ireland argued that the Independent had not established a clear link between the violation of the convention and the sum awarded to Ms Leech. The Strasbourg court said it could not second-guess the decision of the Supreme Court and so rejected the Independent application.

Ms Leech was initially awarded €1.872 million in damages by a jury in the High Court following what the Strasbourg court described as an “unusually salacious campaign” in the Evening Herald that constituted very serious defamation.

In its ruling on the appeal taken by the Independent group, the Supreme Court reduced the High Court award, but to a still “exceptionally high” figure. Because of that, it needed to give a comprehensive explanation why it had done so, but it did not.

The Strasbourg court found there was a violation of article 10 of the convention, which deals with freedom of expression.

No longer a guide

Solicitor Michael Kealey, who deals with media law, said the big advantage for the media arising from the judgment is that the €1.25 million figure can no longer be used by plaintiffs in defamation cases when giving guidance on appropriate awards.

Barring a decision by either side to bring the matter to the Grand Chamber of the European court, the decision against Ireland will now go to a Council of Europe committee. In time Ireland will have to explain how it has addressed the defects in our defamation regime identified in the ruling.

It is likely that part of that explanation will be that Ireland has already addressed the defect, by way of the Defamation Act 2009, which allows parties to a defamation action to make submissions on damages. This was restricted at the time of the Leech case.

The Strasbourg court’s ruling will also, no doubt, feed into the review of the 2009 Act announced by the Minister for Justice in November, which is ongoing.

One of the main points made by the media to that process was that Irish defamation awards are hugely out of line with those in Europe and farther afield, and this is contrary to the public interest.

The Leech award was cited as one of the factors driving this phenomenon.