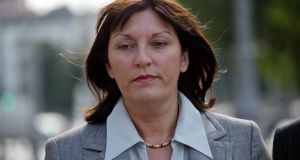 Safeguards in Irish law against disproportionate financial awards in defamation cases were improperly applied by the Irish Supreme Court, the European Court of Human Rights (ECHR) in Strasbourg has ruled in the Monica Leech case.

The parties now have three months to decide whether they wish to have the case referred to the Grand Chamber of the European Court of Human Rights in Strasbourg.

If neither of them do that, then the judgement will become final after three months. It will then get passed to the Council of Ministers of the Council of Europe.

The ECHR said that in the event that an Irish court reconsiders the award, it will have to take into account the need for, and absence in this case, of a detailed and specific direction to juries by judges on the scale of awards they may consider, now provided for in the new Defamation Act (2009).

And the court will have to provide clear argumentation and “relevant and sufficient” reasons for a new substituted award. It did not give any indication of where a new scale of awards might lie.

Although the award of damages was a necessary and legitimate part of a defamation regime’s protection of the rights of defamed citizens, the scale of the award against Independent Newspapers in the Leech could not be said to be “necessary in a democratic society”, a yardstick the court regularly uses in assessing the limits of state power.

Ms Leech took defamation proceedings against the then Evening Herald over a series of 11 articles in November and December 2004 which falsely suggested that she had been awarded government PR contracts because of an alleged extra-marital relationship with then minister Martin Cullen.

The High Court jury hearing the case found in 2009 the newspaper had indeed defamed her and caused her both serious reputational and financial damage. It awarded Ms Leech €1,872,000 in damages plus costs - at the time the highest ever libel award in Ireland. Following an appeal, the Supreme Court lowered the amount of damages to €1,250,000 in 2014.

Independent Newspapers, on behalf of the Herald, challenged the reduced award in the ECHR claiming that its scale nevertheless constituted a “serious chilling effect” on freedom of expression and as such violated its rights under the freedom of speech provisions of Article 10 of the European Convention on Human Rights,

The European court fully accepted that Ms Leech had been libelled. The issue before it was whether the scale of the award was disproportionate to the legitimate purpose of upholding her rights in the light of the freedom of speech guarantees of Article 10 of the European Convention on Human Rights.

The court considered that unreasonably high damages for defamation claims can have a chilling effect on freedom of expression, and therefore there must be adequate domestic safeguards so as to avoid disproportionate awards being granted.

The judge in the High Court had not suggested an appropriate figure or a range of possible figures, on the grounds that he was prevented from doing so under the Supreme Court’s case law.

The result was that the jury had not been presented with what the court called a reasonable relationship of proportionality to the injury sustained to Ms Leech’s reputation and private and family life.

In its review of the High Court decision, the Supreme Court had failed to provide sufficient reasoning of how it arrived at a figure of €1.25 million. “Further clarification was lacking regarding why, in particular, the highest ever award was required in a case that the Supreme Court had not categorised as one of the gravest and most serious of libels,” the court said.

Nor had the Supreme Court properly considered the inadequacy of the direction to the jury in the High Court, albeit necessitated by prevailing law, and hence the ineffectiveness of the safeguard which had meant to prevent a disproportionate award being made at first instance.

The ruling comes an opportune time for the media which is currently discussing amendment of the 2009 Act with the Department of Justice under a legally scheduled review. It will strengthen their hand in making the case for capping defamation awards which are among the highest in Europe.

But the ECHR observation that the jury system is an appropriate mechanism for deciding defamation cases will not go down well with the industry which believes that jury trials contribute enormously to both the scale of awards and the cost and length of trials.

Ireland’s juries have the right in defamation actions to award almost limitless amounts in damages making the country’s defamation regime the most expensive and, media groups argue, oppressive in Europe.

The issue is central to their current lobbying to get the Defamation Act 2009 radically reviewed by the Government – a review required by the Act is currently under way by in the Department of Justice .

A survey in Ireland by the national newspapers’ representative body, NewsBrands, estimates legal costs associated with defamation for 2010-2015 for its members at in excess of €27.5 million (awards, settlements, and both plaintiff and own legal costs).

English case law, on the other hand, makes clear that juries can be reminded of the purchasing power of given sums or offered comparisons with awards in other defamation cases. In a 2002 judgment a ceiling of £200,000 was set for damages for the most serious type of defamation in England and Wales. In Ireland the payout to Ms Leech is also streets ahead of awards made in personal injury cases. there is a conventional limit of about €450,000 on the most serious cases of paraplegia, for example.

Article 10 of the Convention has been previously interpreted by the ECHR as limiting the scale of damage awards to protect free speech and so that they bear some relation to the damage caused (Tolstoy Miloslavsky v UK).

It said the “Irish defamation regime imposes enormous burdens on Irish newspapers and presents a huge challenge to freedom of expression”.