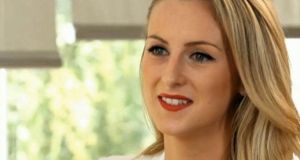 The 25-year-old, from Dungannon, Co Tyrone, sued the owners of The Daily Mail and Sunday Sport newspapers for alleged invasion of privacy.

Proceedings issued at the High Court in Belfast also claimed breach of the Data Protection Act over an image said to have been taken from her Facebook account.

McCollum’s lawyers contended that the partially pixelated image was private and published in 2016 without her agreement.

Solicitor Kevin Winters, of KRW Law, confirmed she has accepted undisclosed sums to settle both lawsuits related to the alleged non-consensual use of her “semi-naked image”.

Mr Winters said: “Our client is very satisfied with the settlement terms against the two newspapers.”

No apology is being made under the terms agreed.

Last month a similar outcome was reached in a case taken against The Daily Star. In 2013 McCollum was caught with Scottish woman Melissa Reid attempting to smuggle £1.5m (€1.8m) worth of cocaine out of Peru.

They initially denied the charge, claiming they had been forced to become mules. The pair later admitted to drug smuggling and were jailed for six years and eight months. Both women were released in 2016.

McCollum, now a mother-of-two, is pursuing similar privacy actions against a number of other media organisations. Mr Winters added: “Other cases are still pending and have yet to be resolved.”